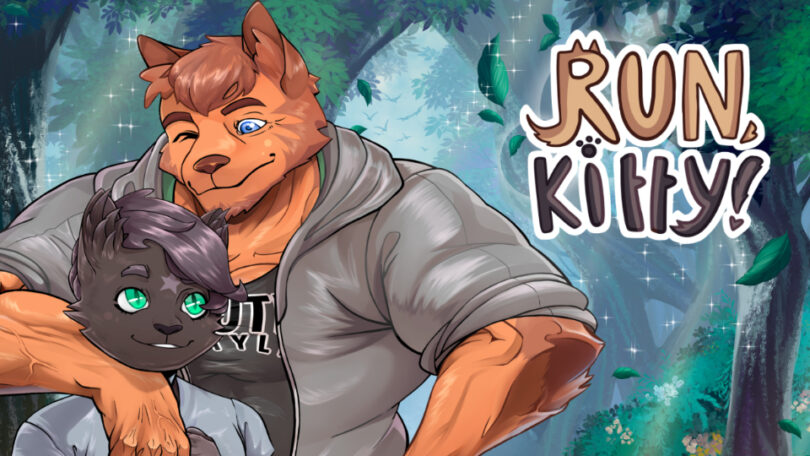 When a cat named Simon decides to skip class, he has an unexpected encounter after getting lost in the forest. Chased by an unknown predator, will he be able to get out? Or will he even want to leave after discovering what it really means to be predator & prey? 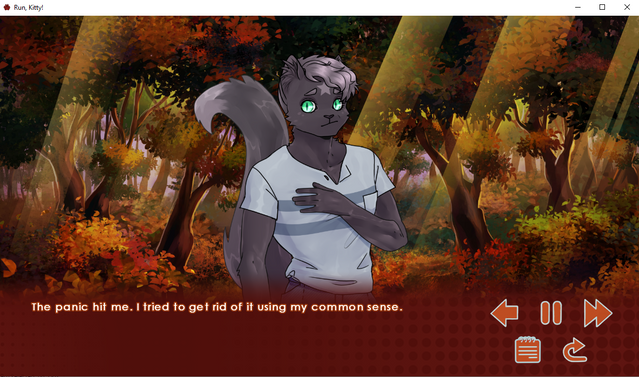 Upon completing the ‘Happy’ ending, a bonus menu is unlocked. It allows access to more content, including additional images and two bonus skits that hint at the next title from the team.

In total, the game took me around one hour to complete.

Run, Kitty! is available in both English and Russian. A choice at the start allows the player to select their language. 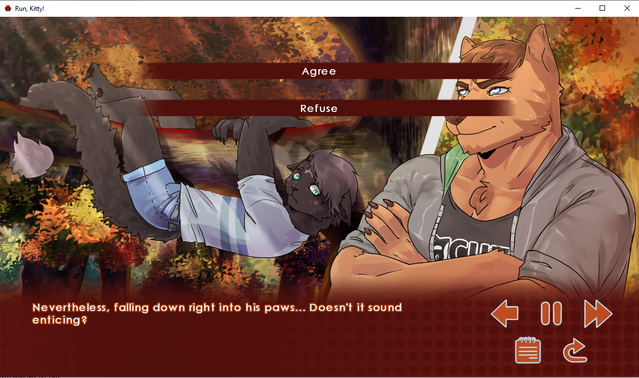 This title has a lot of heart despite its short length. I enjoyed watching the relationship between Simon and Richard progress. I would’ve loved to see more, but considering this is the team’s first title, I’m impressed. With so few choices, a walkthrough isn’t needed. Two of the choices simply alter the sexual scenes without affecting the ending received.

The artwork is simple, but I can see the effort the small team has put into it. Only two characters and a few different background images are included. A few image variations are included, including images of a sexual nature.

While Run, Kitty! won’t win any awards, I have to congratulate the team behind it for their work. I’m really interested in what comes next (as teased in the bonus menu). 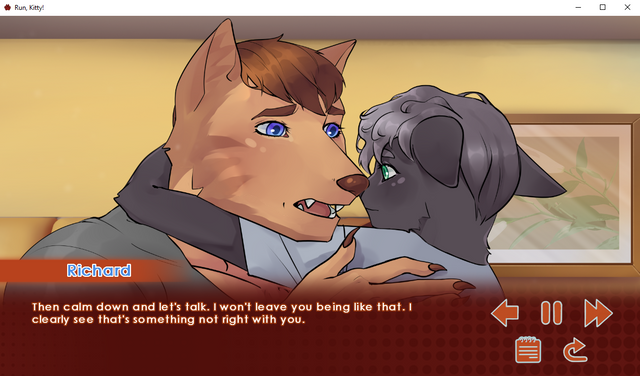 A short, cute and quick title with lots of heart.
Perfect for furry fans, readers who want a cute, heartwarming story, or those who want something quick to dive into.

Where can I purchase it?

You can also support the development of further titles from this team by supporting them on Patreon.