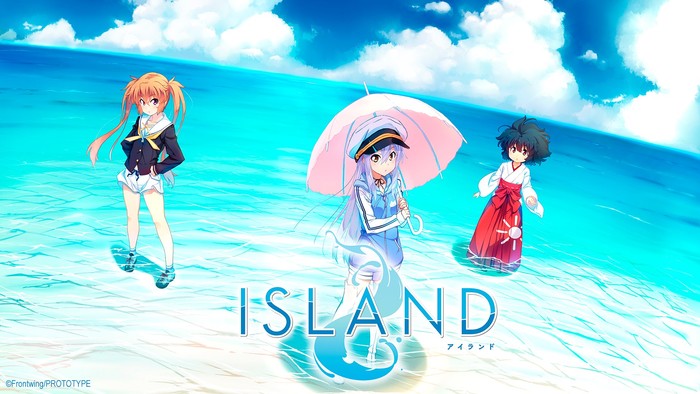 ISLAND is a multi-route visual novel written and developed by Frontwing in 2016, with G.O. as the head scenario writer. G.O. also worked on the visual novel “Himawari.” ISLAND‘s localisation originally started as a Kickstarter project, which was a big success. A console version was published by Prototype in 2021. 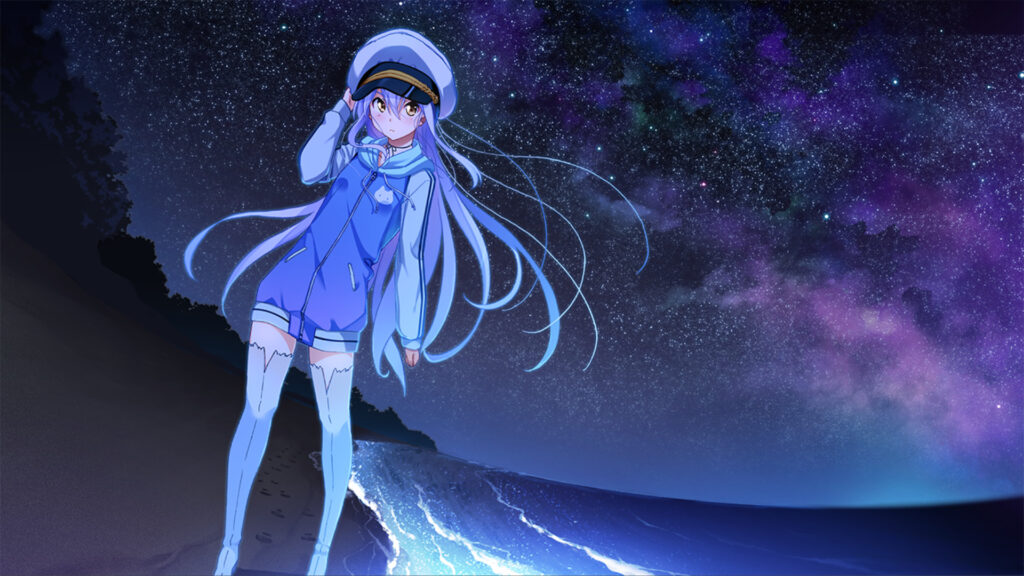 The story is set in modern-day Japan, in 1999, on Urashima Island. Our protagonist, Sanzenkai Setsuna, wakes up with almost no memories. The only thing he seems to remember is that he might be a time traveler who came from the future. He finds Urashima Island very unwelcoming to outsiders, as the mayor of the island tries to send Setsuna away to the mainland. That’s where our heroine, Rinne, comes to Setsuna’s rescue by taking him on as a household servant. Setsuna then explores the island, trying to make sense of who he is and why he travelled back in time. 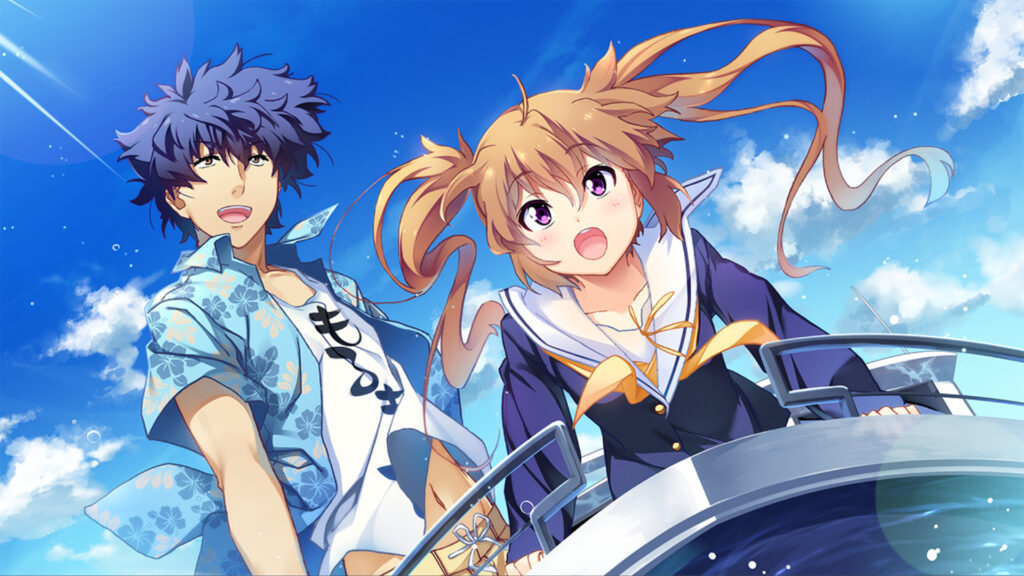 The cast is comprised of three main heroines. Each one has a route in which part of the mystery surrounding the island is explored:

Karen, the cheery, rebellious daughter of the island’s mayor, wants to follow in her mother’s footsteps and abandon Urashima’s outdated traditions like her mother did. When she meets Setsuna, they confront reality together.

When Sara, the innocent, dutiful shrine maiden of the island temple, finds out that Setsuna is a time traveler, she tries to make sure he won’t cause a time paradox. But she ends up opening up to him instead, changing her fate.

Rinne, our main heroine, is an introverted loner. Once Setsuna gets to know her, she reveals that she too, travelled back in time for a personal reason, and the two discover the truth behind the mysterious events that occurred on the island a few years ago.

The dynamics between Setsuna and the three girls are well-written and very enjoyable. 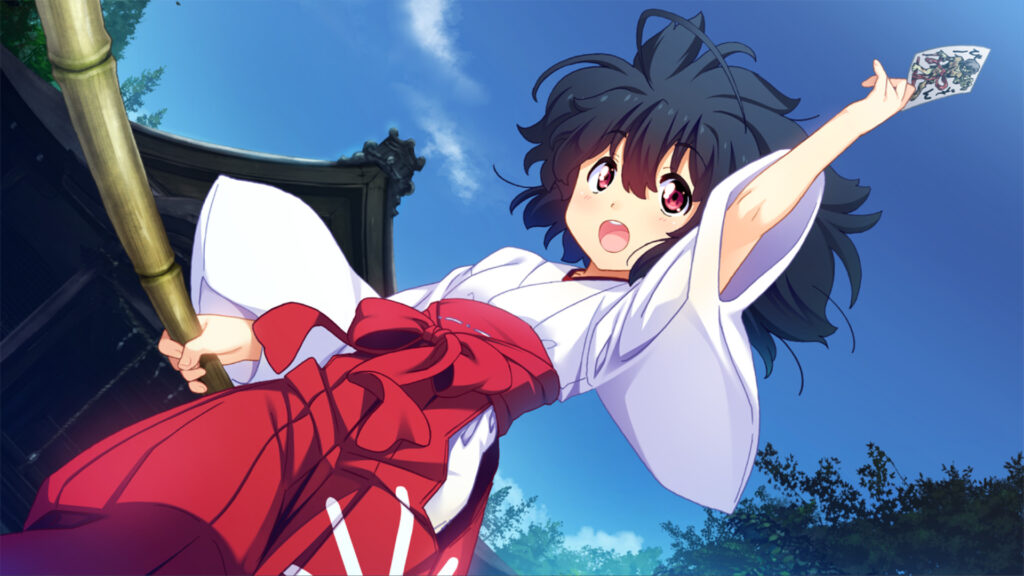 ISLAND‘s OST is masterful. It mainly utilizes guitar- and piano-based tracks to immerse the reader in the VN’s tense, melancholy situations. And in the “true route,” the soundtrack gets even better! 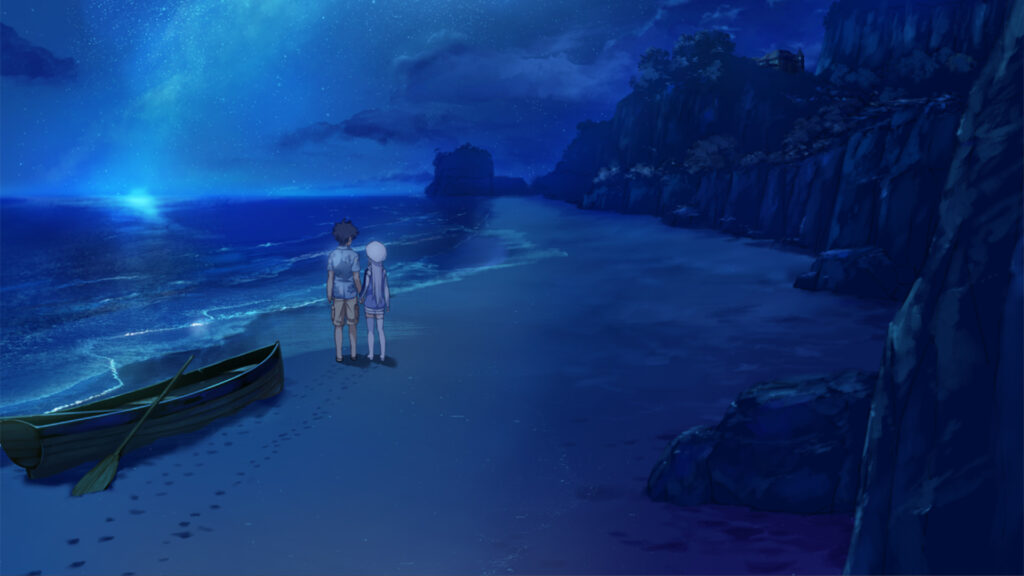 The main themes of the story include defying destiny and discovering one’s self-worth. 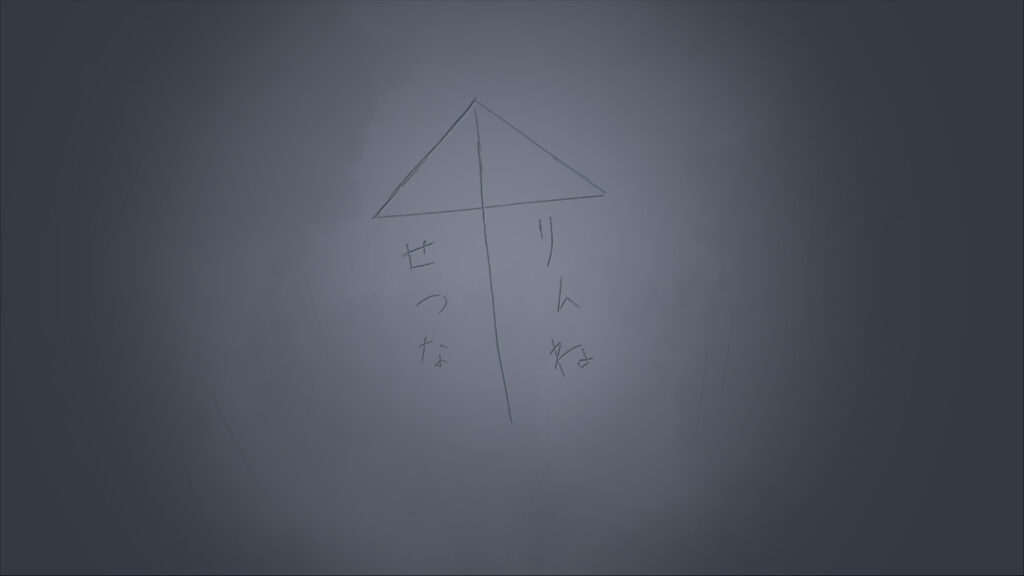 ISLAND is a brilliant sci-fi mystery that makes full use of its multiple routes and endings that keep readers hooked. By the end of the story, readers are likely to have subverted their expectations at least once, and the disparate plot threads are tied together beautifully. While reading, I noticed that a certain part of the VN takes inspiration from Higurashi no Naku koro ni, which should please fans of that work. The only weakness ISLAND has, in my opinion, is that it takes a bit of time to get invested in the characters.

If you’re interested in reading a story about time travelling and fate, ISLAND is a solid pick with a very reasonable length.