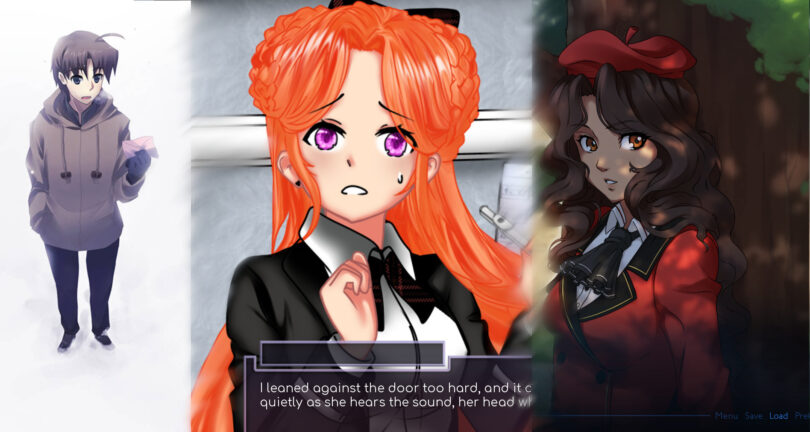 “The adrenaline is pumping. You’re totally committed. You are going to make this, and it will be awesome. Fame and fortune will follow. You’re going to transport your audience to another world, make them weep with happiness and foam at the mouth with rabid anger. You’re going to take them on a journey—one much like the one that you’ve just been on.” (From CplCrud)

Since Katawa Shoujo’s release in January of 2012—a little over 10 years ago—it seems that nearly every year, there’s a new team wanting to make a game inspired by Katawa Shoujo, or (on rare occasions) make Katawa Shoujo 2. Usually these projects are put on hold, or are canned completely. One such project, made by Music Box Studios, went into development hell and subsequently rebranded itself as a visual novel inspired by Katawa Shoujo rather than a fan-made sequel to the classic title. Renamed to Full Hearts, Music Box Studios’ visual novel has been in development for nearly a decade. Regardless, there’s a few things that these visual novels have in common—namely, a premise and atmosphere similar to Katawa Shoujo‘s. I believe that the creators of these projects are striving to create an emotional experience similar to Katawa Shoujo‘s. In doing so, they are creating a subgenre (or mini-genre?) of visual novels.

The question is, how did this subgenre come to be? And more importantly, what makes a work part of a subgenre? To clarify, here’s a list of visual novels inspired by Katawa Shoujo.

This list does not include many popular works, such as Somnova Studios’ Missing Stars. Additionally, the list is made up of many unfinished titles. However, some visual novels that will be mentioned here are not included. Here’s a look at some of these works, and what makes them “Katawa Shoujo derivatives.” (I call them derivatives because they’re not one-to-one clones.)

Full Hearts began development in 2014 as Katawa Shoujo 2. It was meant to take place within Yamaku Academy, with nearly the same prose, but after some early development issues and community drama, the VN was renamed and placed in a new setting. However, everything else trying to capture the spirit of Katawa Shoujo—including a similar menu and GUI design, similar music, and backgrounds made from real photographs—remained. Full Hearts also uses the same font as Katawa Shoujo. 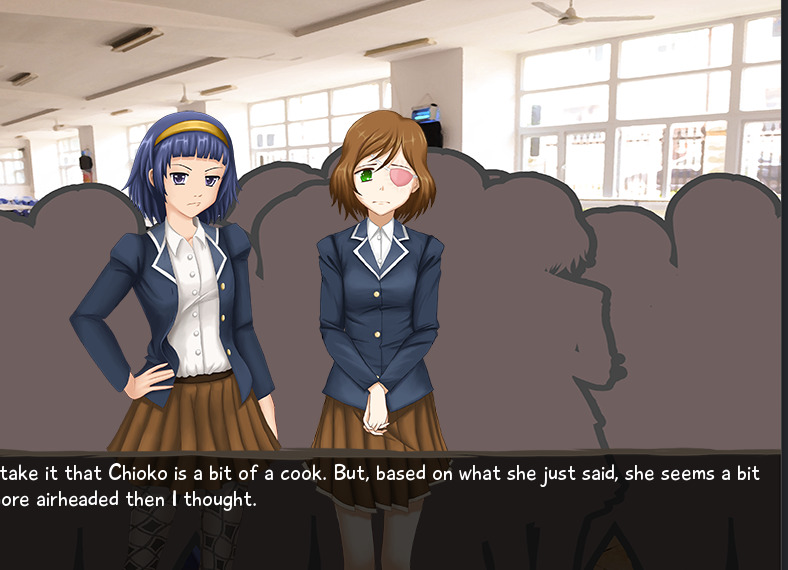 In my opinion, Music Box Studios recognizes that Katawa Shoujo‘s atmosphere comes from the union of the writing and plot with the design of the GUI and menu. Katawa Shoujo‘s GUI is designed to feel warm and cozy. Its menu, which looks like a page from an old school notebook, helps evoke a nostalgic feeling. 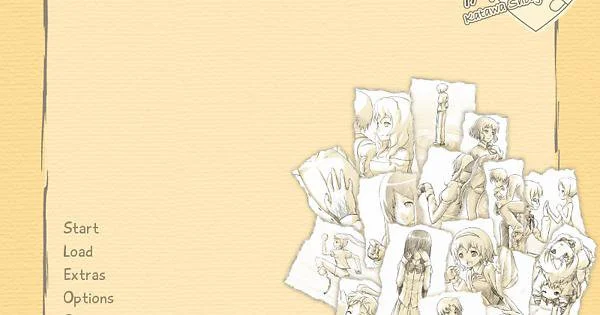 Full Hearts is the one title from the list that feels most like a Katawa Shoujo clone, but don’t think of that as a bad thing. The developers seem keen on creating a unique experience. For more information, check out their website.

The next visual novel I would like to take a look at is Venus: Improbable Dream by BorealisGames. Released in February of 2021, it has since arrived on game consoles, but is also available on Steam and Itch.io: 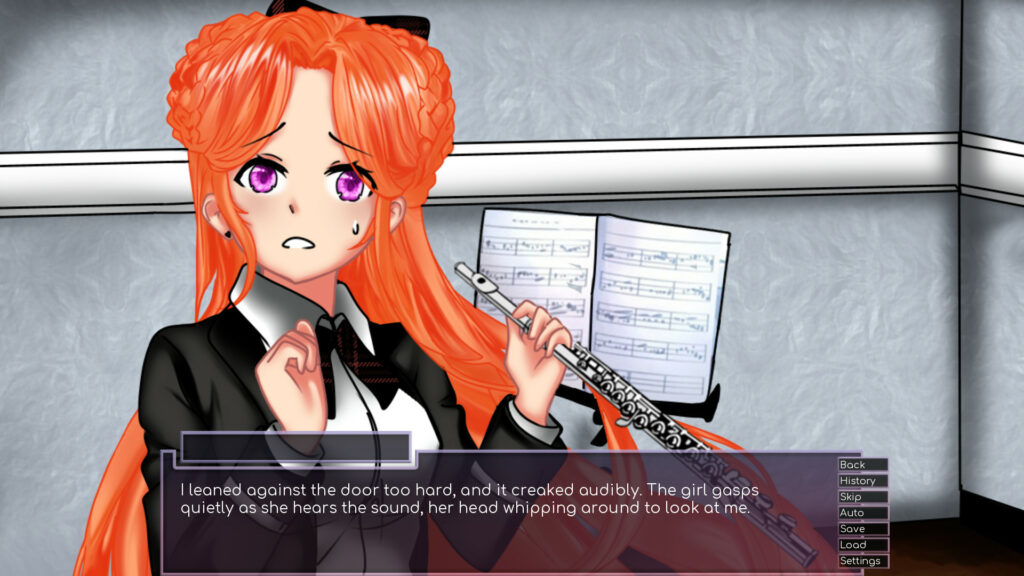 Venus follows Kakeru, a seventeen-year-old high school student with a slight facial deformity who befriends a disabled girl named Haruka. She loves music, and is a very skilled musician. The two grow closer as they practice to put on a musical performance for other people. There are a few endings, and a single playthrough will take about seven hours. I recommend it if you’re looking for a visual novel that will give you “the feels.” That said, this title feels the least like a Katawa Shoujo clone, although a few of its elements draw inspiration from Katawa Shoujo (there is a disabled protagonist and a disabled love interest; the main theme is fitting in with others, etc.)

The next work I’ll mention is Missing Stars. The premise of Missing Stars is quite similar to Katawa Shoujo‘s, but the game addresses mental health disorders instead of physical disabilities. Read more about the work here. 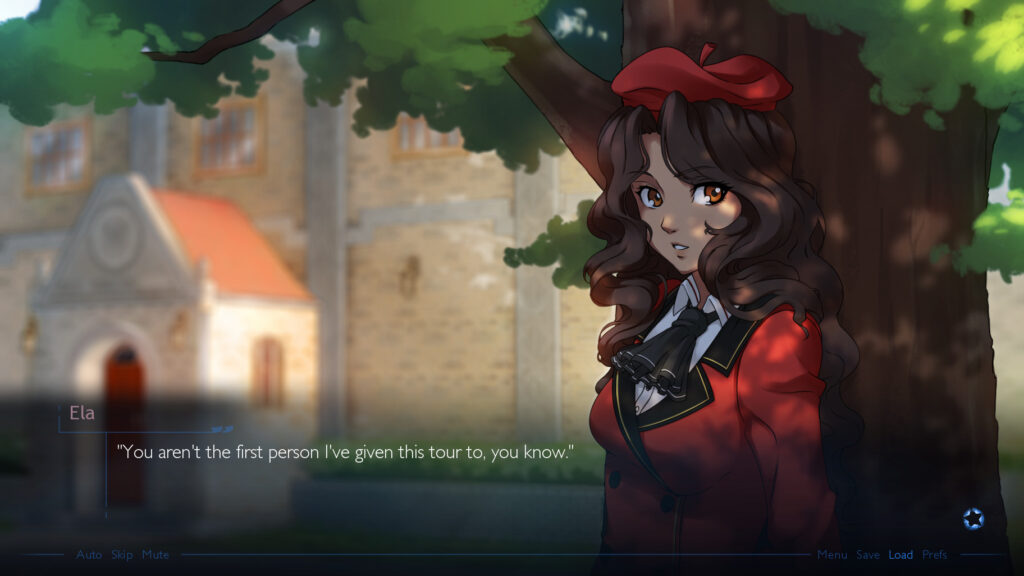 Like Venus, Missing Stars goes great lengths to tell its own story, and one that anyone can enjoy. It has been in the works for a decade, and like Full Hearts, it initially had stronger creative ties to Katawa Shoujo. (Its original title was Mentaru Shoujo.) Somnova Studios seems passionate about bringing attention to mental health disorders. The demo of Act 1, which was released in December of 2019, indicates that the developers aren’t trying to emulate Katawa Shoujo‘s GUI and overall presentation.

Finally, there are people whose aim is to recreate the emotional experience delivered by Katawa Shoujo while being different in almost every other way. A writer called auricorange wrote a 60,000 word essay on KS that covers this topic. If you want a condensed version, visual novel developer Arcadia covers some of auicorange’s key points in his video My Katawa Shoujo Manifesto. His visual novel, Somewhere Far, aims to evoke the same kinds of feelings created by Katawa Shoujo.

In summary, Katawa Shoujo has inspired several developers to make wannabe sequels, and even original works with a similar story or feel. In my opinion, these developers have started a subgenre. What that subgenre ought to be named is still up for debate, but the label doesn’t matter. Each of these projects offers something unique that fans of Katawa Shoujo, and fans of visual novels in general, can enjoy.