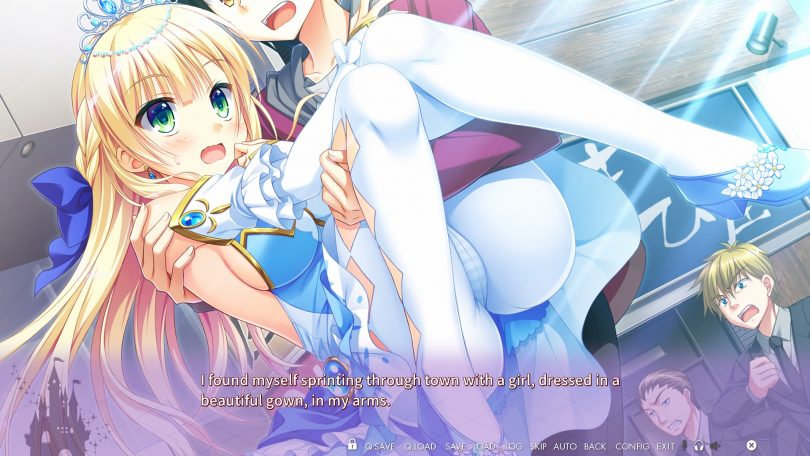 Have a thing for blondes? You’ll enjoy Kinkoi: Golden Loveriche. There’s certainly more than that to it though. This title by Saga Planets has romance and comedy as you’d expect. What might surprise you is the darker turn it can take.

Kinkoi: Golden Loveriche starts with our protagonist Ouro kidnapping a princess and almost getting his arm chopped off. As is fairly typical of these types of visual novels, it’s all a misunderstanding. He thought she was in danger, grabbed her, and ran. Despite being well-meaning, this quickly escalates and could have turned into an international incident. Luckily, this is avoided through some quick thinking.

As part of the deal to avoid an incident, they cook up a story to have him start attending the same school as Sylvia, the princess. One where aside from a few talented exceptions, only the children of the rich and powerful attend. Most of them are not particularly welcoming to a commoner who suddenly joined their class. This is made even worse when he’s placed in their dorm, which was until then functionally girls-only.

Not everyone is against Ouro though. He makes fast friends with the