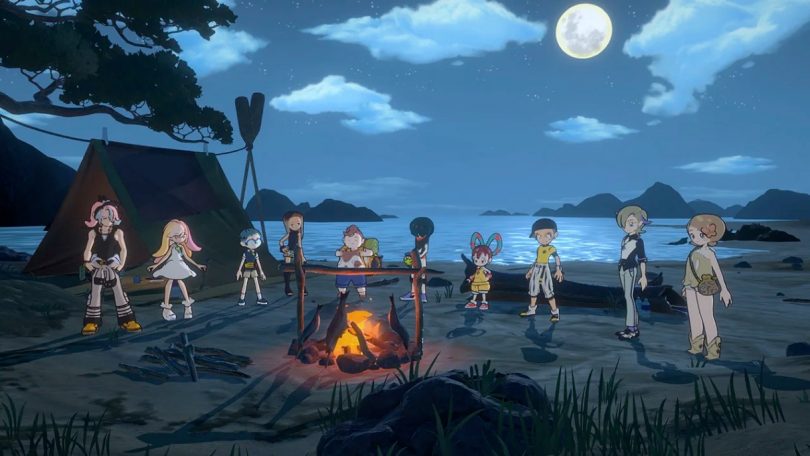 But does World’s End Club live up to these directors’ pedigrees and what they are known for? Short answer — no. The constant predictable anime cliches, cookie-cutter anime personalities, boring platforming sections, and tedious prolonged story sections make this game more of a slog than an enjoyable experience. World’s End Club made me feel more bored than “on the edge of my seat,” and that’s a shame since it came from two beloved directors.

A Bland and Uninspiring Story

To begin the core story, a group of young students gets wrapped up in an apocalypse during a normal field trip. Unsurprisingly, the apocalyptic world is filled with emptiness and mystery. Now, the gang needs to travel the world and figure out what’s going on.

Despite the “mysterious” nature the game portrays itself as having, I felt like World’s End Club didn’t know what it wanted