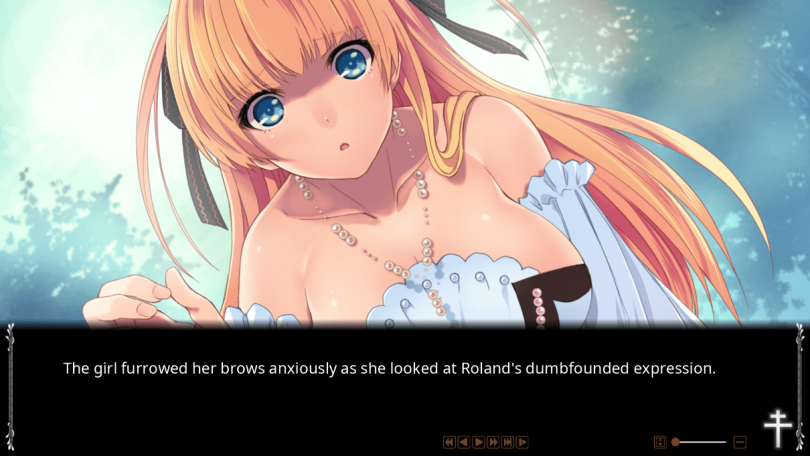 Jeanne at the Clocktower is a historical fantasy visual novel from Liar-soft localized by MangaGamer. The intriguing premise draws upon the life and history of Jeanne d’Arc (Joan of Arc) during the Hundred Years’ War between France and England. Given the abundance of visual novels with high school settings, it’s always exciting to take a look at something different. Is Jeanne at the Clocktower a triumphant victory or a tragic Agincourt? Let’s dive in.

A Land Outside History

The story begins with Roland and Olivier, two friends and Free French paratroopers tasked with clearing a way for the vanguard at Normandy on the eve of D-Day. But when things go wrong, they’re forced to bail out over a mysterious forest. Soon, a dense fog rolls in and a blackened moon hangs in a blood-red sky. The pair are beset upon by terrifying black knights, an encounter that seemingly proves fatal for Roland. However, he wakes up in a solitary meadow in the arms of a mysterious girl. She introduces herself as Jeanne and claims to live alone in a clock tower. Roland is eager to find Olivier and rejoin D-Day, but