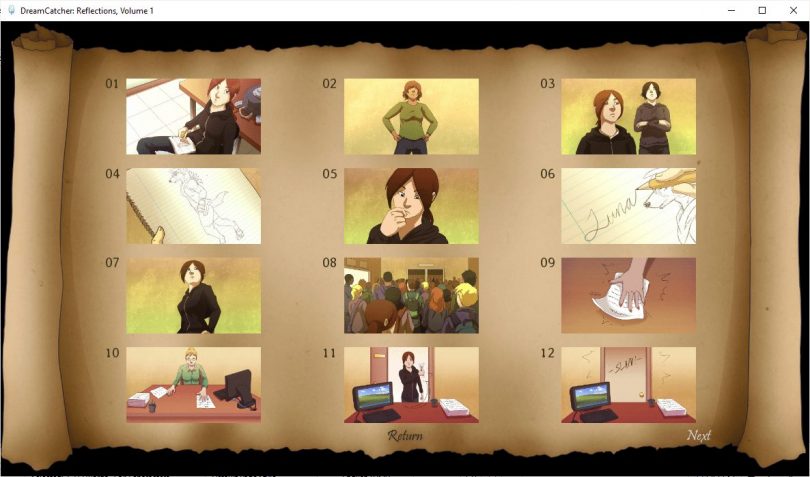 Since this is my first review with NookGaming, I wanted to start off with a game whose premise captured my attention, something I knew would interest me if the delivery was good. Since I’m a longtime fantasy fan, DreamCatcher: Reflections immediately jumped out at me from the indie game lineup. Unusually among visual novels, it’s an adaptation of a webcomic, a fantasy action adventure, and I was interested to see how that would play out in visual novel form.

Unfortunately, the answer was “not that well.” Rather than pulling me in as an adventure, I actually found it more interesting as a showcase of all the little elements which go into making a story work as a visual novel, and how much a game can suffer if they’re out of place.

To start with the game’s most noteworthy feature, DreamCatcher’s game page boasts an unlockable gallery with approximately 250 CG images, an absolutely massive amount of CG art for a visual novel of its length. Although a lot of these are actually variations on a smaller number of base images, even accounting for that, the game still features a really unusual number of CGs. Compared