Home » Reviews » Werewolf: The Apocalypse – Heart of the Forest – Review 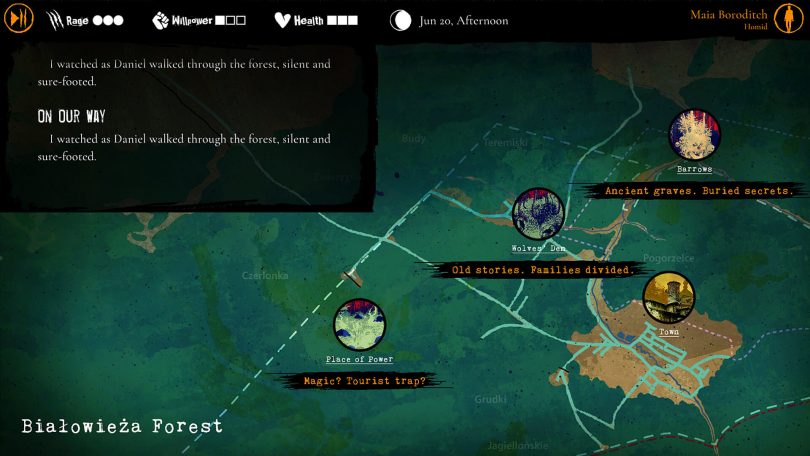 The World of Darkness universe has been a popular staple in Tabletop RPGs since its inception. The same cannot be said for its foray into the gaming space. With the catastrophic failure of Vampire: The Masquerade – Bloodlines in 2004, the series kind of went silent… until recently. Abandoning notions of vast open worlds, and instead focusing on tight, narratively driven experiences in the form of Visual Novels, The World of Darkness has once again tried to make waves. Question is, does Werewolf: The Apocalypse – Heart of the Forest deliver?

Being based on a Tabletop RPG with a pre-established universe, Werewolf has to do a lot to get you caught up and acclimatized. The game only has six chapters plus a relatively short prologue and epilogue to do this. As you might imagine, the game is rather short, and a fair amount of that time is spent expositing. To its credit, it somehow manages to pull it off reasonably well and strikes a nice balance between honoring its TTRPG roots whilst also delivering a mostly compelling narrative.

Popping on down to Poland

You play as Maia. She is having a mosey on down to