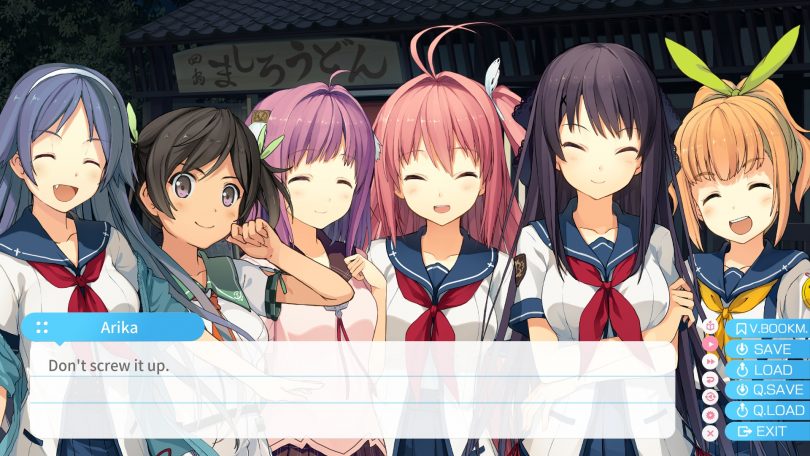 To preface this review of Aokana – Extra1, I will ask a question. Have you played Aokana – Four Rhythms Across the Blue yet? If not, we have not one, but two reviews for you to check out, with both writers rating it highly.

The reason why I ask this is that Aokana – Extra1 is a fandisc. It’s an after story for the Mashiro route of the original game and is aimed directly at fans of the character. Loved Aokana and want to see more of Mashiro? This is aimed at you. Never played Aokana? This isn’t where you should start.

Once again we find ourselves in Shitou City. The place where using anti-graviton shoes to fly is as common as riding a bicycle and the most popular sport involves racing and dogfights in the sky. This sport is known as flying circus.

Aokana – Extra1 starts after Mashiro has had some success in flying circus and started dating Masaya, the main character of the original game. The tournament is over and flying circus is now in more of a background role. It was certainly still mentioned and had brief