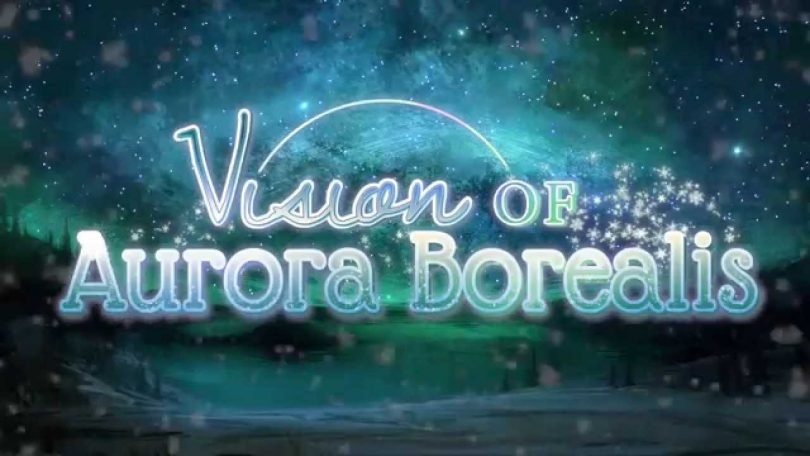 Vision of Aurora Borealis is a very short but beautiful kinetic visual novel with mild elements of fantasy and romance that don’t become very obvious until a bit later in the story. The visual novel was created by a small Denmark based indie developer called Purin Productions who is still quite new to the industry. The project was funded through a highly successful Kickstarter campaign that ran from late May to late June of 2015. A little over a year from the end of the Kickstarter campaign the completed version of the visual novel was released on Steam late August 2016 by the developer Purin Productions. The game does not come with any Steam achievements or Steam cards at the moment but there is a DLC for the fanbook and official soundtrack that might be worth checking out if you enjoy extra content.

The visual novel takes place in a fictional version of Iceland and surrounds legends of elves and the aurora borealis. The story begin when a young but inexperienced photographer named Chris travels to Iceland in order to get the perfect shot of the northern lights. After a troublesome little fox attempts to take off with