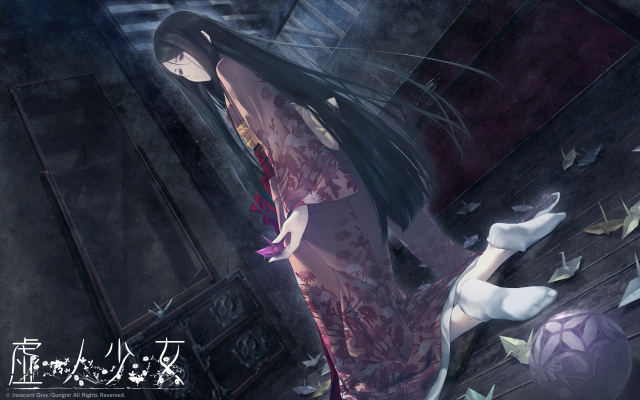 [Note: For those wondering whether the earlier VNs need to be read to enjoy Kara no Shoujo – The Second Episode – my opinion is that KnS1 is required while Cartagra is optional. Several concepts from Cartagra show up but are explained within KnS2, and Cartagra isn’t good enough for me to recommend going back to it.]

As you might be able to guess Kara no Shoujo – The Second Episode – is a sequel to both Kara no Shoujo (Review Here) and Cartagra (Review Here). It’s easy to see that Innocent Grey has come a long way since their original release, as the series’ most recent entry takes a step up in quality to become the best they have written so far. In terms of story complexity and production quality there’s little more you could want from a mystery, and as a stand-alone tale that happens to use the same characters as its predecessors it is excellent. As a sequel to Kara no Shoujo, however? Well, I still have my fair share of gripes.

Hitogata Village lies in the mountains of rural Japan. Even in the modern