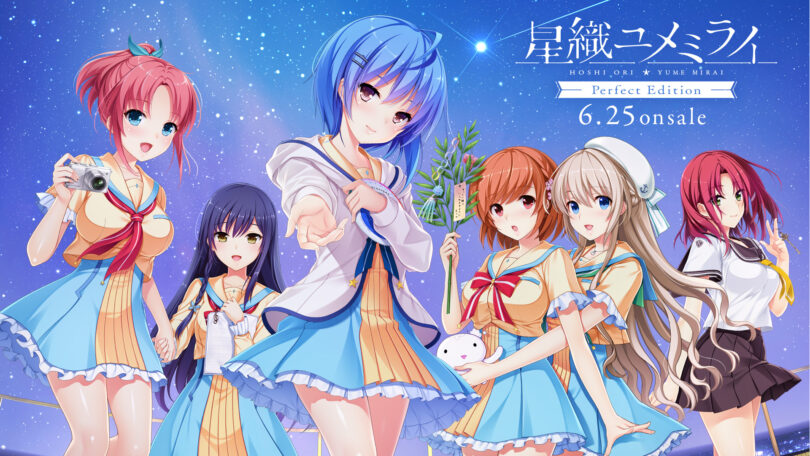 Tone Works is one of many VN studios owned by publisher Visual Arts, who also possess the rights to the popular studio Key (Clannad, Planetarian, etc.). Tone Works is responsible for making several titles, including Hoshi Ori: Yume Mirai and Tsuki no Kanata de Aimashou. Their last release was a fan disc for the latter title called Tsuki no Kanata de Aimashou: Sweet Summer Rainbow, which released back in 2020. The studio has been relatively silent since then.

Fans are now expressing concern over the state of the developer as a whole and particularly over whether they might lose access to Visual Arts’ Siglus engine, which Tone Works used to develop most of their VNs.

The furor started on December 31st, 2022, when Tatsuki Shiraya, one of Tone Works’ scenario writers and lyricists, announced via Twitter that he had left Visual Arts. He amended his tweet shortly after, clarifying that he hadn’t left on his own, but as a result of Tone Works and fellow developer Frill splitting from their parent company. His tweet thread is linked below.

Tweet 1: This is a rather personal matter, but I resigned from my job at Visual Arts last year.1

Tweet 2: I say ‘resigned’ but that seems likely to be misunderstood, so I will add that I moved to a new company due to corporate restructuring, along with the rest of the staff from tone works and Frill.

Tweet 3: That being said, I welcome the New Year as a chance to turn over a new leaf and continue doing my best.

Fans’ concern over Tone Works’ access to the Siglus engine isn’t entirely far-fetched, since Visual Arts developed it to be used by the company’s brands. It’s possible that Visual Arts will have Tone Works pay for a license to continue using their engine, but otherwise the developer will have to shift to a completely new one.

Here’s some of the discourse from fans via Reddit:

tone work’s and Frill is no longer under VisualArts, staff confirms from visualnovels