Although not directly related to previous Danganronpa in-game events, Project: Eden’s Garden is a long-awaited fangame of this popular franchise, directed by @Tako0mari and Dick Durden (@JuveyD).

As of December 16th, 2022, the developers released a demo titled Chapter 0: Vows Woven by Stitches and Needles. It is currently available through Itch.io and Gamejolt. Since it’s a whole prologue chapter, the average play time is pretty long at 3 hours.

Want more information on the game’s release? Check out our news article here!

CHAPTER 0 : "Vows woven by stitches and needles" is now available to download!

The game’s story follows Damon Maitsu, who finds himself trapped in a place called Eden’s Garden Academy along with 15 other students. He’s got no choice but to do his best to survive while he tries to find out the dark secrets the “school” holds. But the most important question of all is: who should he trust?

For my reviews, I’ll be using the CAWPILE rating system (with the 1-5 scale); I’m adapting it to the VN medium, adding certain aspects like soundtrack, art and gameplay/mechanics. 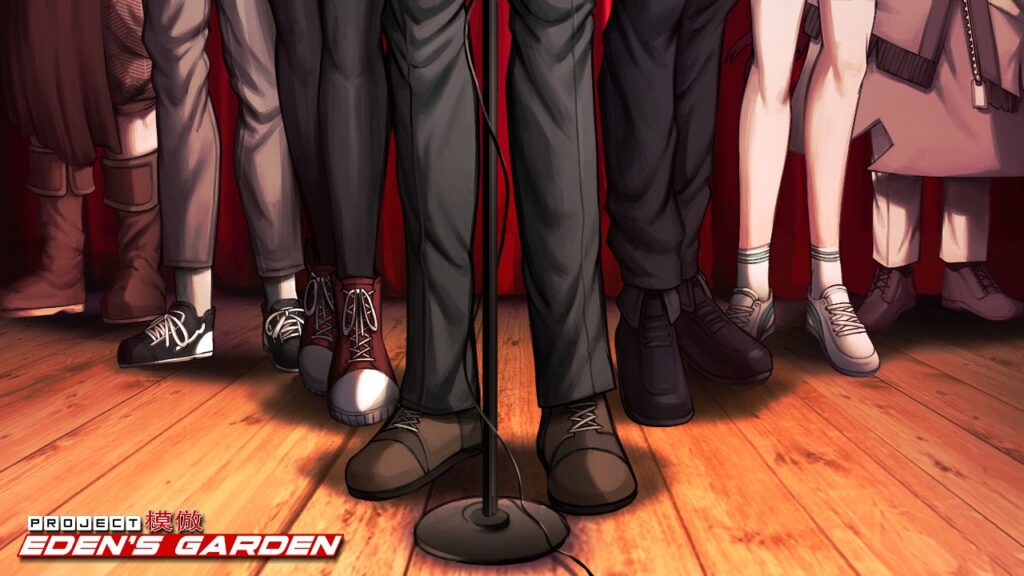 This may be a hot take, but I feel like Eden’s Garden‘s characters are much more human and sympathetic than the entirety of the cast of the original Danganronpa games.

In the official games, there are always one or two dumbasses who stay one-dimensional. Even if they end up growing on the player, it’s still sad to see such potential go to waste. Eden’s Garden isn’t without its absolute idiots who refuse to be helpful, either, but I just couldn’t bring myself to hate them or feel indifferent toward them—not during this prologue, at least. They still felt like two-dimensional characters to me, even though they haven’t been fleshed out like I’m hoping they will be. Really my only negative with the characters is that we didn’t get to interact with some of them as much as the others.

When it comes to voice acting, I thought it was pretty decent, all things considered. Some lines feel a bit amateurish, but that didn’t hinder my enjoyment. The casting directors did a splendid job choosing the right voices for each character, especially for Damon, our protagonist. I could certainly feel his sass coming through. 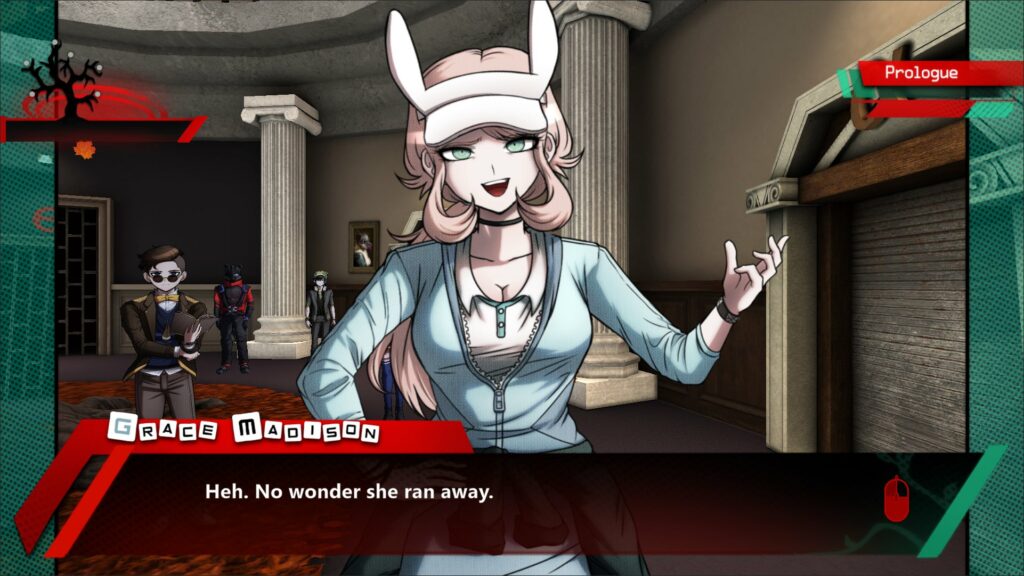 This one is a bit tricky for me. While the character art is wonderful, the background art is…hm, yeah, it’s okay. I won’t judge it too harshly, because I know it’s supposed to look like this—the game’s using the Danganronpa aesthetic, after all. Granted, I’ve grown used to it, but I can see how someone new to the series might be turned off by it.

I did not compliment enough the character art, though. My most sincere congratulations to @NGreentail, he did a spetacular job! I was even more speechless when I saw his post comparing this game’s art to your typical DanganRonpaV3 character art… the details are ridiculous(ly good!!), I’ve had to follow him. While I love the DanganRonpa art, this just made me appreciate the game more, as it shows its unique personality and high-quality work. 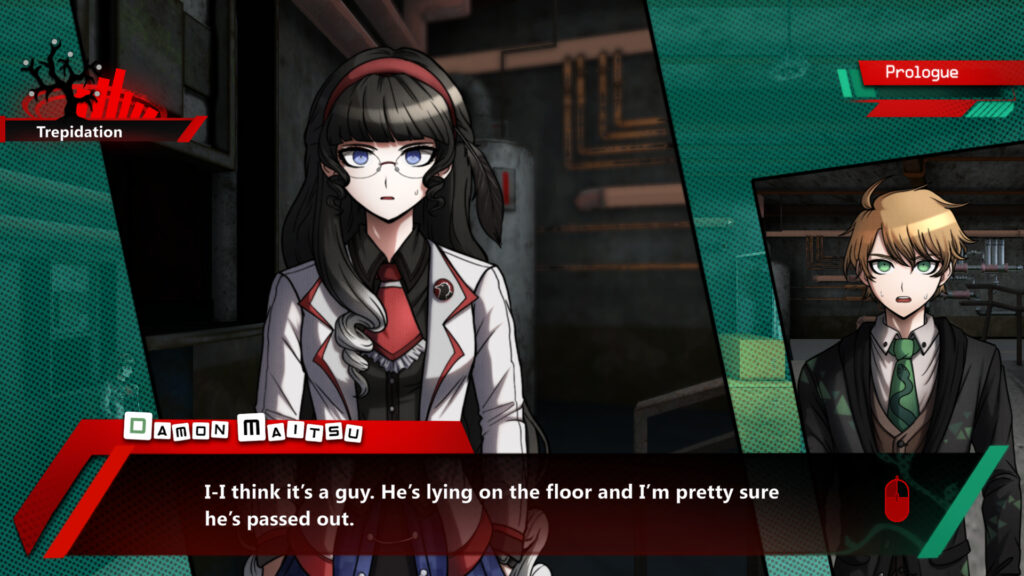 I was planning on writing about these separately, but I realized they go hand in hand, especially in a mystery game.

I’ve gotta say, the quality of the music shocked me! The soundtrack is one of the big pros for all Danganronpa games, and Eden’s Garden certainly followed through. The dark-sounding tracks are absolutely chilling, while the investigation bits are covered in a jazzy (but tense) tune. Personally, I never felt tired of listening to any of the tracks—I didn’t even notice the looping. I enjoyed the music so much, in fact, that I’m actually listening to its soundtrack while writing this! 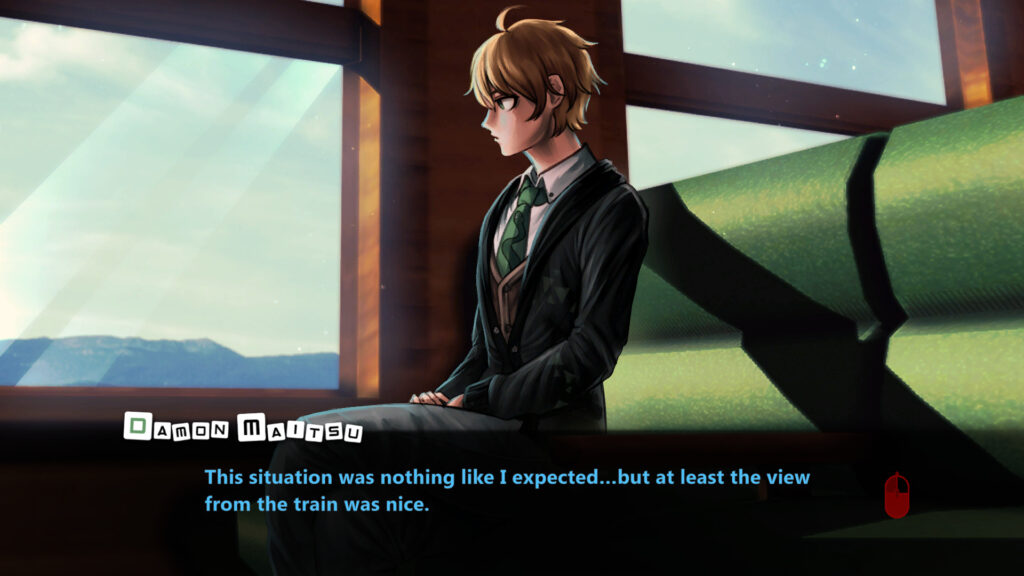 The writing itself very much resembles that of the previous Danganronpa games. It makes sense, since this is a fangame. I’m not complaining, though—the writing’s easy to understand and has personality. I will say that the writing is quite direct and not flowery at all—so if that’s what you’re looking for, this is not the game for you. 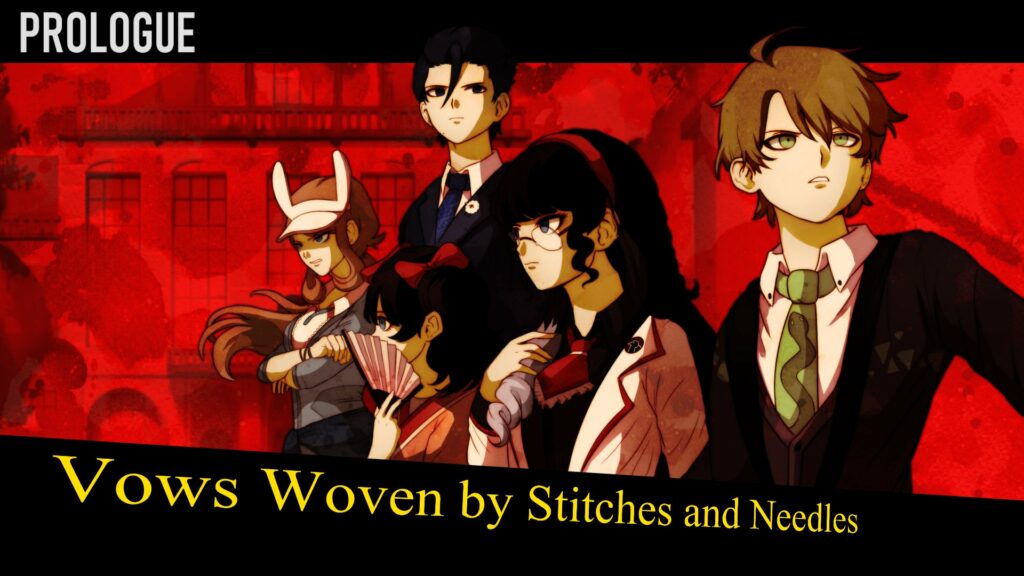 Since this is a demo, I can’t say a whole bunch about the plot, but I thoroughly enjoyed what I read! The game’s general concept revolves around surviving a killing game in order to escape, just like the other Danganronpa games.

I did notice, however, that this games manages to differentiate itself in some ways from the original franchise. If you take a look at the character designs, you’ll notice that each character has a different animal symbol. For example: Damon’s animal is a snake, which you can see on his tie. This image might symbolize Lilith, or possibly a demon (curiously enough, his first name does kind of sound like the word “demon”). One of the other characters, Eva, is an obvious reference to Eve.

On the other hand, some character’s animals might indicate their personality. Take Wolfgang Akire, the Ultimate Lawyer, for example. His animal is a sheep and he does seem like a sweet character…but as his name states, he might just be a wolf wearing sheep’s clothing. Speaking of Wolfgang, he’s one of my favorites.

Now that I’ve finished the demo, I can’t wait to get to the rest of the story. There’s still so much left to uncover! 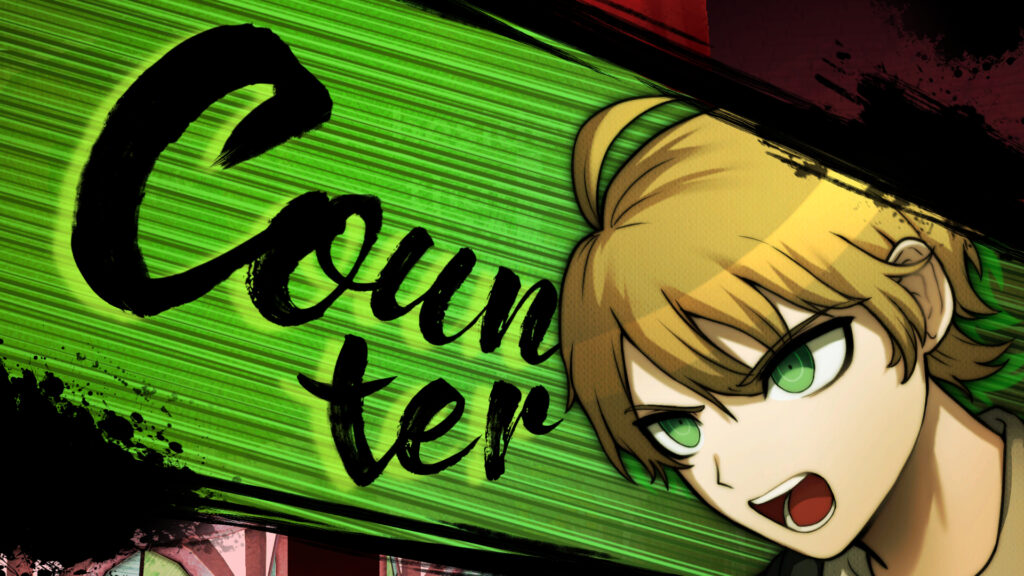 This might be the worst aspect of this game, but keep in mind it’s just my own personal experience. The gameplay wasn’t bad—just messy.

While the game does come with a lower specs version for weaker computers, some mechanics—such as the mouse sensitivity being awfully high—can’t be changed in the settings, making the game very frustrating to play. My whole experience of the game was very slow and laggy, but that’s also because I chose to play the wrong version. Take that as a reminder to check your specs before you play something (you too, future me)! It’s also important to remember that this is just a demo, so these kinds of things can always be improved upon. Maybe I’m lucky and someone on the team will read this, who knows!

For those who have played previous Danganronpa entries, the gameplay is basically the same, except for one minigame that’s different. We have the investigation bit, where we can walk through the area and investigate each piece of evidence, and we have the class trial bit afterwards, where we’ll have non-stop debates and have to point out people’s contradictions. During the trials you’ll sometimes have to complete a minigame where you have to choose the right answer. Frankly, I thought that this minigame was much better than the ones the original games have.

The end of the demo wraps itself up with a closing section, which is pretty much the same as how the official games ended a chapter. 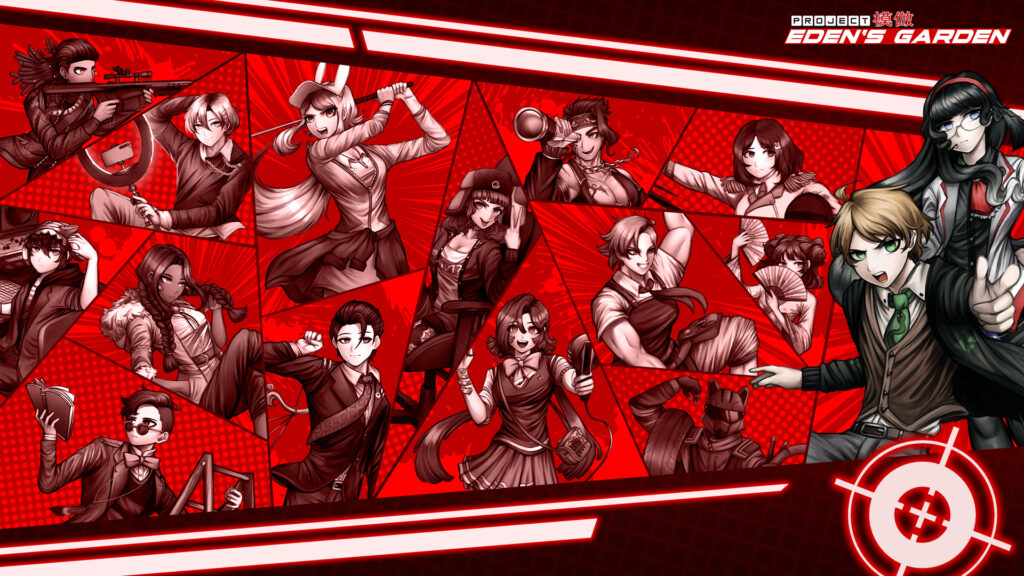 I would say you can play Eden’s Garden without playing previous Danganronpa entries, but there might be certain callbacks to the official games you’ll either miss or just not deem important enough to remember. You also may have a harder time getting used to the mechanics of the game, since a lot of them were gradually implemented throughout the previous official entries. Having them thrown at you all at once just isn’t the same!

As my final thoughts, I’ll have to say that even with some gameplay issues, Eden’s Garden was an utterly fantastic experience. With such a talented team at the helm, I can only hope for the best for the rest of the game. I’ve enjoyed some fangames and mods over the years, but this might be the first that feels like its own game. It’s been some time since I’ve been this hyped over an indie game, so I’m looking forward to see more of it in the future.

Overall, it’s a game definitely worth playing. I’ll give it a solid 4/5!
Have a bonus dumb thing I’ve seen today (no spoilers!)