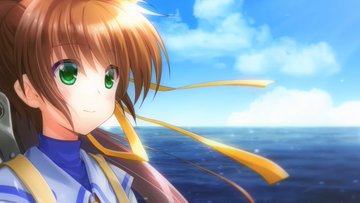 On the 21st of December, the Japanese development studio KOGADO Studio released the new opening animation and a PV video for their upcoming game Tristia: Legacy on their YouTube channel. Tristia: Legacy is a town-building simulation game with visual novel elements, to be released for Nintendo Switch and Steam next January 19th. The game will support multiple languages, including English. It was first announced at Tokyo Game Show 2022.

This is an alternative version of the 2002 original Aoi Umi no Tristia, a game that wasn’t ever available in English. This version also features full renewed graphics. Check out the website here. (Japanese only).

The artwork for this game is made by Komatsu E-ji, the character designer behind KEY‘s Planetarian.