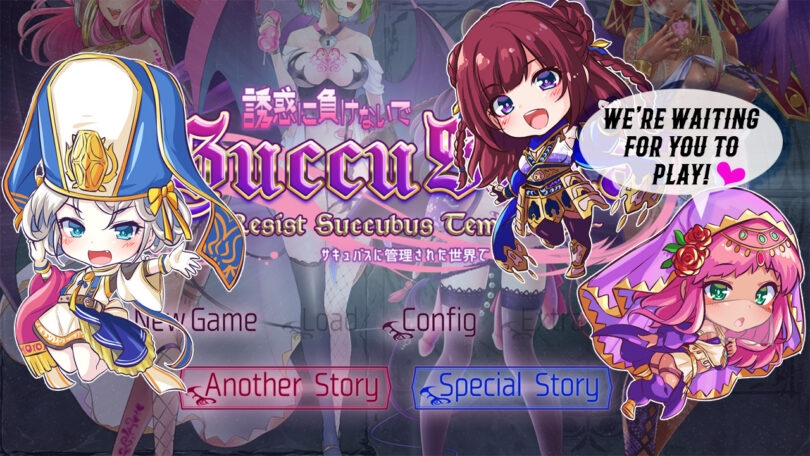 SuccuSeka is a game developed by the writing group Wakaba Shoukei in April of this year. The character designs for the game were done by Kamitani and Uro.

The synopsis is below:

Resist temptation! If you fail and give into temptation, your journey might come to an end quickly. But! Multiple endings means all you have to do is try your best to resist again. Be careful, the situations are indeed… tempting…”

You can buy the game here and the deluxe DLC here!