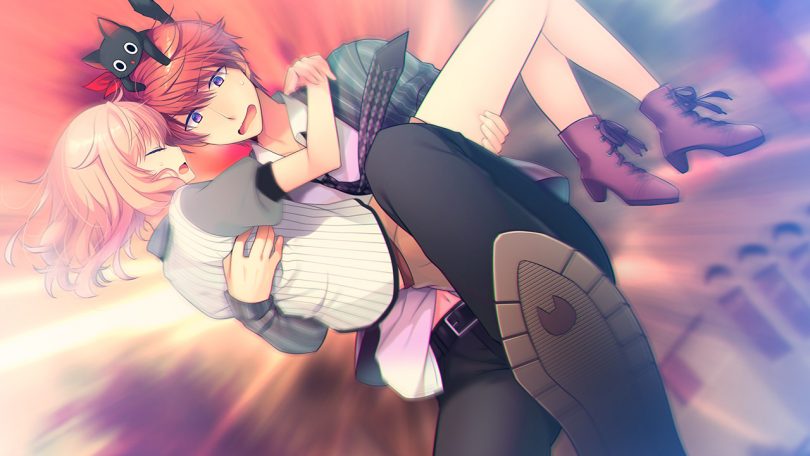 「Man I’m tired after getting up early for an appointment. And there are like ten things to bring up this godforsaken week, after last week’s near standstill. I guess everyone’s trying to get done before Christmas… not same, not same. Though I could realistically get something out in January if it weren’t for image editing, so I might be able to delegate it to someone else I guess. So yeah how’s Shinimasu going? The editing is done, now I have to check every line and do the few reverts / changes you usually need to do after an edit to preserve accuracy / accordance to your autistic whims. Then QA, oh and also I need to make a custom font to add italics to the script before that. Maybe a good em dash too. Probably do that before image editing fully completes. And then… release. Finally. Oops, started rambling about my project again.

So what happened? Too much happened. In fan translation, the 10-minute BL nukige Negi x Aiba was released. A demo patch for Nitroplus vn Axanael was released, which is certainly going to be interesting since JAST sits on the rights to all Nitroplus vns, though the translator thinks it’s likely to be neglected as a less-popular title. The translator is looking for image editors, editors, translators, hackers, the bunch, to help out.

Abyss of the Sacrifice (Misshitsu no Sacrifice) is out. I wrote a bit about it earlier, but basically it seems to be an escape-the-room puzzler death game setting à la 999 from what I remember. There’s also a Switch version out for those who somehow own consoles.

In Mangagamer news, the sex-positive R-18 otomege Fxxx Me Royally!! [NSFW] is out. Translated by VerdelishJP, one of the translators I respect, it should be a fun, fluffy experience for anyone into the premise.

Majikoi is releasing at last on the 25th. Some characters will not be voiced due to licensing costs. I’m still not sure if they’ve actually listed which voices are included or not anywhere. I’d wait a while to see if a restoration patch surfaces…

DMMD is up for preorder. I don’t really know much about it except it’s edgy BLge or something. Some seem to love it, others seem more reserved. Unlike me. Everyone loves me but Okarin.

Knot Fiction is an unexpected release of a short, vanilla nukige by a new translation group, who are by their own admission using this project as a stepping stone to the more substantial. The blog post details tech issues that I think I could probably have solved with my somewhat rusty programming skills and project management ability, which is kind of sad. A guy seems to have contacted them about at least making the word wrapping better (though the cuts they had to make to fit lines might not be as easily restorable), so I would wait a bit and see what happens. Maybe join their discord for updates. In any case, the group seems determined to not reveal anything they’re working on until they’re done. Fair enough, hype is a double-edged sword.

The Koikuma FD released this week, just like Koikuma the original, is a Sayori art nukige. That is all.

Walk among zombies has caught up to the Japanese releases now. Will there be more? I don’t know.

Neko Nyan getting out Riddle Joker is probably the biggest news for many. Unfortunately, I find myself unable to care about yuzuge.

Lastly, Aiyoku no Eustia seems to be getting slow TLC due to lack of time/effort on behalf of the TLC person; if you have what it takes, you can help the project.」