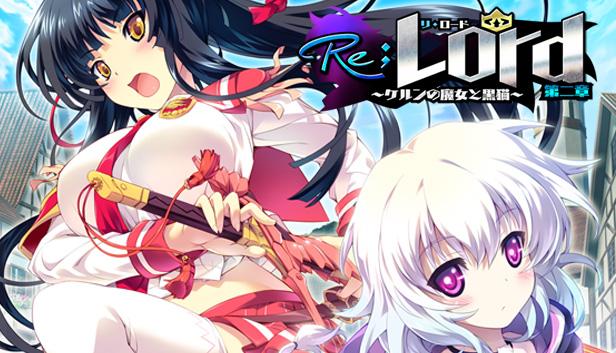 Welcome to the Fuwanovel VNTS, where we shamelessly copy the work of one illustrious 4chan /jp/ member in collating translation progress and add minor dabs of value through corrections and additions. Entries with updates this week in bold. This week’s picture is from Re;Lord 2 which finally had an update this week. Yeah, there isn’t a single release. I guess that happens too.

「Well, I guess there isn’t much happening this week, so uhh have some random stuff I picked up for mention…

There’s this messily-formatted and clearly ESL Kickstarter page for a VN called “A Case of RanK” that seems to be written by the Japanese side. Why is it interesting? The draft writer seems to be the writer of hakomari/The Empty Box and Zeroth Maria, a decently well received light novel from what I know. It also mentions hiring a translator at 10 yen per word, which is an interesting metric though I’m not sure how it translates to Japanese characters. Japanese word? English word? Whatever. I hope they’re not getting taken by a ride like mikandi clearly was for libra, though if we assume 5 yen per character (2 moji per word???) it’s nice to see a decent rate being paid, I guess.

What’s it like being a translator? Basically this thread.

Sharin no Kuni has an actual release date. It’s a few years too late, and I heard the translation ended up less than ideal, but whatever. Here’s to them delaying it again!

…And some nukige were announced I guess or something.」