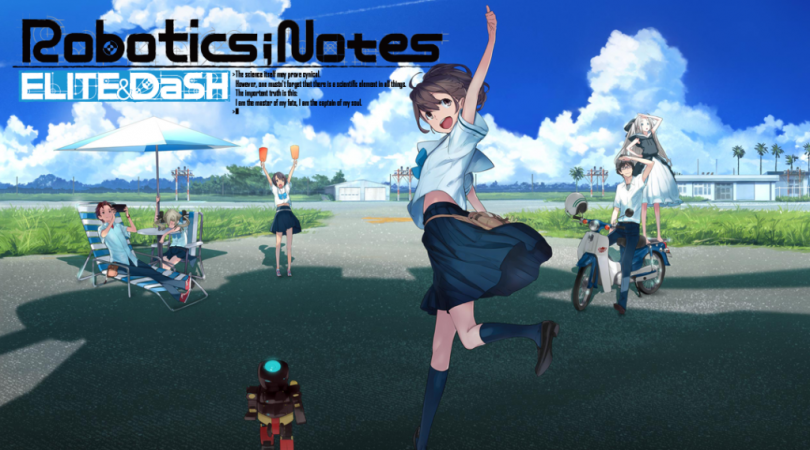 Today’s picture is for Robotics;Notes Elite/DaSH, one of the later releases in the sci;adv franchise. There are some moderate concerns about the loc/terminology, so holding off on playing until a fan fix patch becomes available may be wise (CoZ aims to release one within 30 days).

「I added Misshitsu no Sacrifice (Abyss of the Sacrifice) to the list last week but didn’t really talk about it. From a semi-cursory glance at egs and the official website, it looks to be an escape-the-room thriller à la zero escape with puzzle gameplay. Originally a PSP game, it’s coming to Steam in a CN/EN/JP PC release on 17 December, and it’s looking like the company is aiming for an upgraded remake. The website promises improved graphics, but also mentions a hint system — since several reviews on EGS mention high difficulty practically necessitating a walkthrough as a negative, this might be a good change.

Robotics;Notes Elite and DaSH may or may not be good. I never really got hooked on the sci;adv franchise and I’m not sure if they’ll ever top S;G, plus every localization bar maybe S;G (though I played the “fantl” leak so lol) has been very meh which puts it on my eternal JOP backlog instead. I have a vague memory of hearing the Elite version fixed a lot of issues with R;N vanilla edition (quite unlike S;G elite, which instead was… a bizarre cashgrab? inexplicable? whatever), which apparently was bad or something. Ah well.

Sadistic blood is the gore nukige you’re getting because people aren’t licensing mindead blood. Have fun and hope the gore looks good uncensored, because wow you can’t see anything under those mosaics. That said black cyc is a partner that is sure to interest people of certain tastes; gore screaming show is an interesting non-nukige that may be a future possibility (but maybe we need to wait on some remake or w/e to come out first).

I don’t know anything about Steam Prison but the Fin Route DLC adds a route to I guess. t. failed otomege shill

I broke the official declaration of Akagoei’s death thanks to my #connections, but I guess the translator had a change of heart. It really is bizarre how akabei memed him. Anyway it extremely requires that retranslation you’re seeing. It might take a while, but it’ll be fairly good quality I think. Though the polish is definitely going to be down to an editor. But it’s at least good enough to have potential under those conditions, which God knows is rare in fan tl…

Oh, and hey, sona-nyl is finally done. Maybe you’ll even have it next year. Maybe :)」