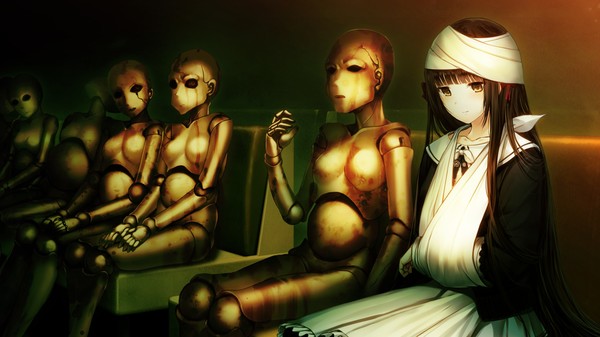 Welcome to the Fuwanovel VNTS, where we shamelessly copy the work of one illustrious 4chan /jp/ member in collating translation progress and add minor dabs of value through corrections and additions. Entries with updates this week in bold. I’ve realized I’m not going to remember to italicize releases and additions so rip that.

Today’s picture is from Iwaihime.

「Sorry, I really can’t be bothered to do line gains this week. Oh yeah, since I’m sure you’re interested in my personal life, my two-semester calculus course is starting tomorrow. Naturally it has some lectures starting at 8:15 in the morning, because the math department has no mercy for late sleepers such as I. The interesting part, though, is that this is a second-year course and the second-last math course we take in the CS program after a base course, number theory, mathematical logic, and linear algebra. Not a lot of programs seem to order it the way Uppsala U does it, but I can’t say I’m opposed. I like number theory. Calculus? Uhh, I hope I’ll do alright, I guess…

Sadistic blood, out this week, is a guro nukige where two girls are [censored] by various monsters. I’ve seen some of the de-censored gore and damn, it’s a crying shame any of this was ever mosaiced. West version best version? Not that I’ve personally got the fetish but it’s so detailed…

I think the riddle joker release date is legitimately new. Have fun hyping it up yuzufriends, meanwhile I’ll try not to fall asleep. No, Ayase, staring at me will not kill me, stop. Nobody tell them I actually like moege sometimes

The kiminozo anime was actually the first anime I ever intentionally watched every episode of. I was like 21 or something. I think I actually got into VNs first before anime, but it’s been so long I can barely remember the actual process. Anyway, I’ve heard mixed opinions on the game, ranging from complaints about pacing to finding it pretty interesting. I know one guy who’s a big fan… and it’s likely he’ll get to translate it too, which is great, as he’s pretty good.

Oh, and Eustia’s TL and edit is done. The translator himself is “TLCing”, which I would prefer to call a second translation pass (that’s what I’m doing for Shinimasu right now!), but whatever. Hopefully this will fix some of the errors people have spotted in early releases — I myself know painfully well how many translation errors I made a few years ago working on Shinimasu.

Despite everything, I think it’s plausible I’ll get TLC done in 2020 after all, just like the Eustia man hopes to. I’d propose a race, but that never seems to actually motivate me. Ah well. Let’s hope the math course doesn’t meme me too hard.」