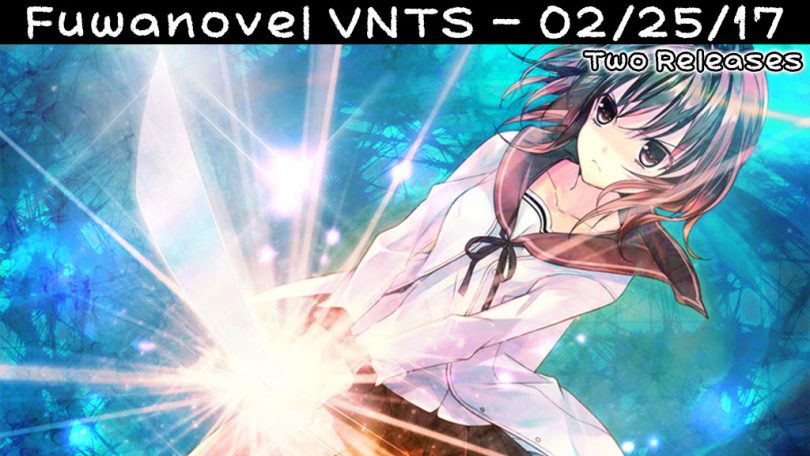 This week’s header image comes from one of our two releases: MangaGamer’s The Shadows of Pygmalion (here). Our other release this week is Nekura Bishoujo (nsfw), which is detailed below!

From The Team:  Hi everybody. Thank you for all your support and continued readership. I ran home to do this post, and now I’m back to the lab. Stay out of trouble, eh? Go read a visual novel (The Shadows of Pygmalion, perhaps?)!

Decay’s MusingsHello, friends. I don’t know about you, but it’s been a somewhat lazy week for me. I’ve gotten a fair amount of Dracu-Riot editing done, but that’s about it. I fell down a Europa Universalis IV hole once again, and I’m struggling to climb my way back out. Even now, I want nothing more than to load up my Brunei game, where I managed to form a highly advanced Malayan Empire spread across the world. Alas, I have Chrono Clock to read and review.

And wow, yeah, I guess that’s coming out in like three days? There goes my dream of a day one review. I was of holding back on playing the beta a ton because it wasn’t fully translated yet. And… it still isn’t? I don’t really know what’s up with that. Surely, the tracker is just wrong and they aren’t going to release it with an untranslated ending, right? If that number hadn’t been slowly going up for the last week, I’d think so, but… I’ll have to ask around and get to the bottom of this. [update: Dovac on their discord confirms the release date. The boys and girls at SP will be working through the weekend to meet this tight deadline.]

But let’s not forget the releases of this week! Shadows of Pygmalion seems interesting and has actually been on my VNDB wishlist for some time now, but I’ve also heard some mixed things about it. Yuri has never quite been my thing (despite me liking Kindred Spirits so much), and I also find stories that sort of dance around the issue instead of being forthright with it to be kind of frustrating, which I’ve heard Pygmalion is like. I struggled to get into Aoishiro when I gave that one a shot way back when for much the same reason. Still though, if it gets good reviews, I might give it a shot anyway.

Oh, and also, RIP Luna Translations. We have yet to correct the table entries, but the yeah, looks like Luna Translations has officially bit the dust. They were too big, too ambitious, and too crazy for their own good. You could probably write an entire tome on the lessons to be learned there, but the biggest and most obvious is likely to know your own limits. Understand yourself and your place in the world, know what you are and are not capable of, and maybe you won’t crash and burn into the ground as hard as Luna did.

We don’t really know what this means for all of their projects, but most of them were being done by fairly autonomous teams. Majo Koi Nikki still lives for now, though their lead translator seems to have gone AWOL, unrelated to the drama. I imagine Witch’s Garden will still go on. I’ve heard the two translators on that have been doing good work ever since they threw out everything the previous team did. I’m not sure about the rest of the projects, though. If there are any updates, we’ll be sure to bring them to you.

Well then, that’s all for me. See you all next week!

TAYsteful Thoughts™When I get incredibly stressed (like this week, an exam-week), I find I think about The Brothers Karamazov more than normal. I’ve gotta run out the door, but I wanted to throw this quote out there — it’s something I’ve been pondering the last few days. Have a good week, everybody!

“Besides, nowadays, almost all capable people are terribly afraid of being ridiculous, and are miserable because of it.”
― Fyodor Dostoyevsky, The Brothers Karamazov