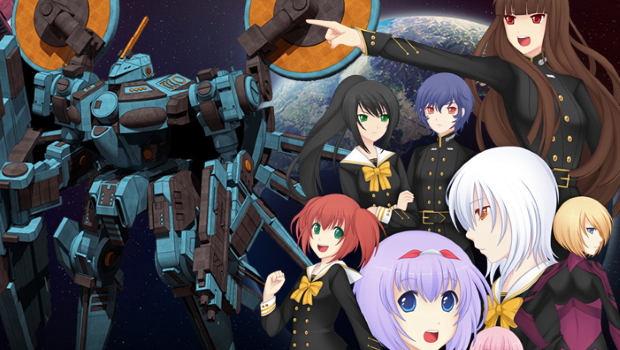 Last week the good folks over at Love in Space announced that the second out of three planned episodes of their tactical RPG/visual novel Sunrider had been released on Steam. Sunrider: Mask of Arcadius, as the second chapter is called, includes and builds upon their first release, Sunrider: First Arrival. Besides a continuation of the story, Mask of Arcadius also has an optimized hex battle engine, larger fleets, new orders, and additional friendly and enemy units.

Sunrider: Mask of Arcadius can be downloaded on Steam for Windows, Mac and Linux entirely for free. Though the game is freeware, Love in Space do accept donations. If you wish to support the game you can donate to the team here. Other than the Steam release a de-censor patch has also been released to add in the stuff too raunchy for Valve – though it maintains the same rating as the Steam release (17+). Instructions on how to apply the patch can be read here, where the link to download it can also be found.

Story (courtesy of Love in Space):

Players assume the role of Captain Kayto Shields of the star ship Sunrider. After his home world is ruthlessly conquered by the space empire, “PACT,” he must travel across the galaxy to find allies to retake his home. Throughout his adventures, he will recruit mecha pilots and star ship captains who the player can control in challenging hex based battles. Players are further confronted with moral decisions throughout the story. With no choice being good or evil, players are forced to think what can be sacrificed to win the war.

Love in Space funded the development of Sunrider through a succesful Kickstarter campaign which concluded January 5th, far exceeding the modest goal of 3,000 dollars by receiving a whopping 44,039 dollars from a total of 1,217 backers. The game is published by the visual novel localisation company Sekai Project, with whom Love in Space is also working for future games in the Sunrider series.