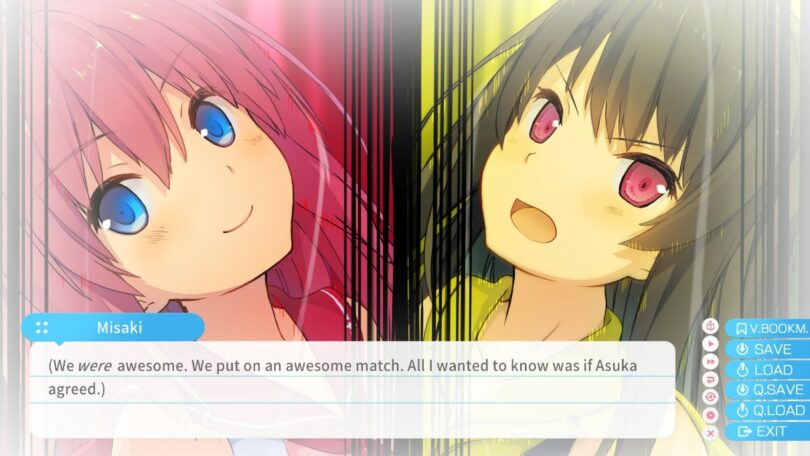 Have you played Aokana – Four Rhythms Across the Blue yet? If not, please go play that before reading up on Aokana – EXTRA2. If you’d like to know more, check out our review. Already played it and love Misaki or Flying Circus? Keep on reading – this is for you.

Aokana – Four Rhythms Across the Blue – EXTRA2 (Aokana – EXTRA2) is a fandisc, directly following the end of the Misaki route from the original visual novel and written by Ryouichi Watanabe who wrote the original route. The whole premise revolves around the final events from Misaki’s story, so unlike our normal reviews, some spoilers of the original will have to be mentioned ahead.

Feelings of a Champion

In the original Aokana, Misaki’s route focused in a way on her feelings about losing. As someone who could seemingly succeed at anything, she was conflicted when finding someone who she believed could grow faster and eventually beat her. Mirroring the protagonist, whether she would continue was in question, until she finally made a comeback.

Aokana – EXTRA2 has a similar storyline but instead looks at the challenges of a winner. After