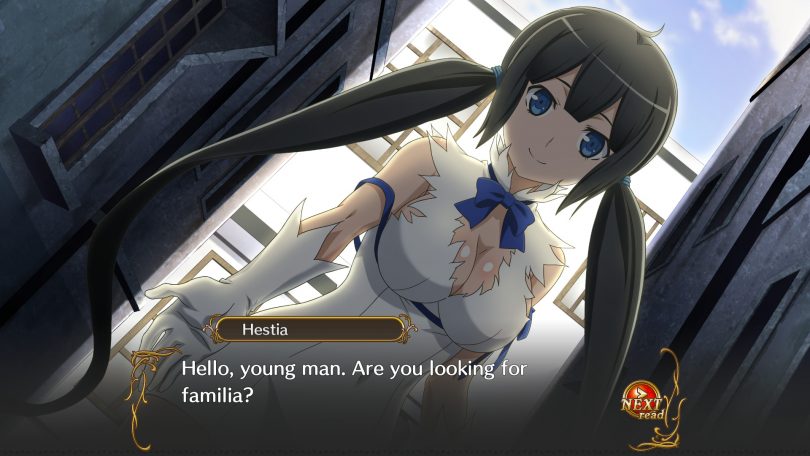 Today we ask a rather odd question; Is It Wrong To Try To Pick Up Girls In A Dungeon? The goddess Hestia may say yes, but we say no. Infinite Combate isn’t the only thing an adventurer can do there…

Is It Wrong To Try To Pick Up Girls In A Dungeon – Infinite Combate, also known as DanMachi – Infinite Combate is the game adaption of the popular anime of the same name. For brevity, I’ll refer to it as Infinite Combate for the rest of this review. It’s a cross between a Dungeon RPG and a visual novel, with the story told via visual novel-style scenes and most of the gameplay including exploring dungeons, fighting monsters, and managing stats and upgrades.

I feel that this game is very much aimed towards fans of the series, rather than new players. For those who have experienced the series before, Infinite Combate covers the main points of the first season of the anime and adds in some filler dialogue. For those new to the series, this is as good a place as any to start. It takes you through everything you need to know from the start.