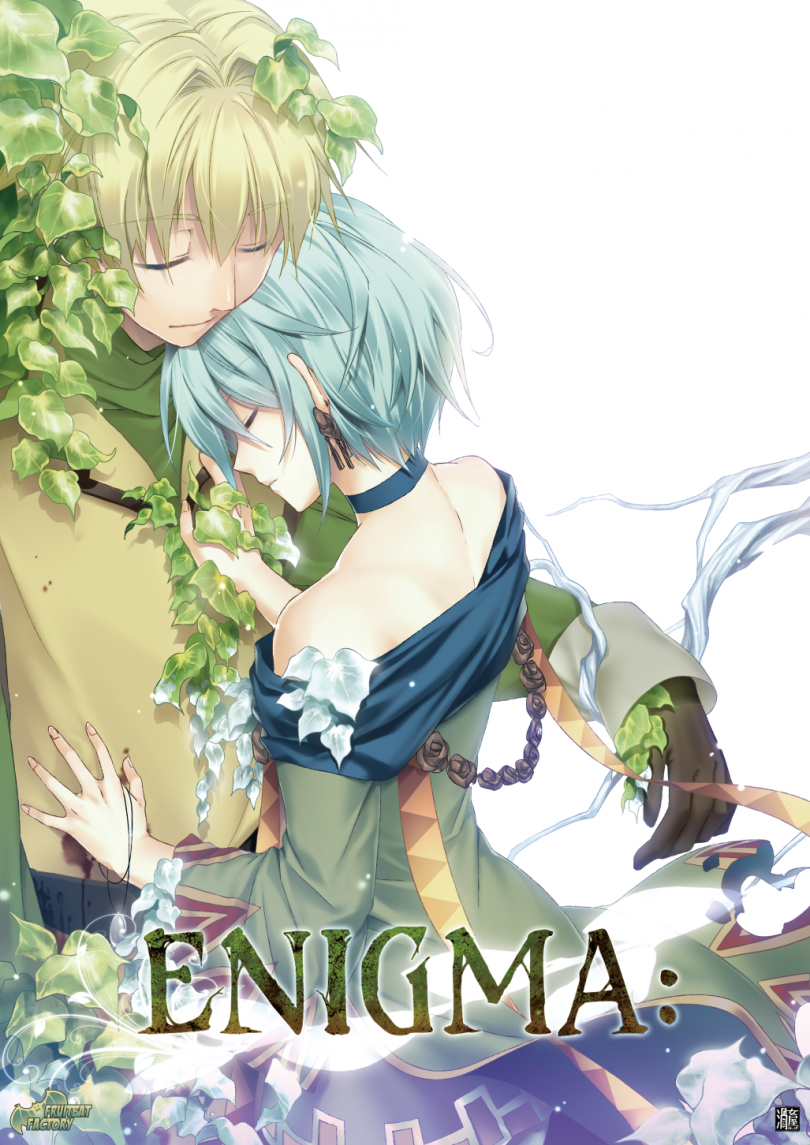 ENIGMA: is a beautiful and tragic mystery visual novel that focuses heavily on human bonds and the importance of life. The visual novel was created by Japanese indie developer Uzumeya, the developer primarily focuses on a female audience but their games tend to have very little if any otome or BL elements. The original Japanese version of the game was released Mid-March 2015 as a Windows PC exclusive title, it was later announced that the game would receive an English translation with Fruitbat Factory as the publisher. The English version of the game was published Mid-November 2016 for Windows PC via Steam and can be purchased from Fruitbat Factory’s official store page or the game’s Steam store page. The game includes a set of Steam trading cards and 22 Steam achievements.

The game takes place in a beautiful and mysterious fantasy world afflicted by a deadly disease known as Enigma. A young man named Chester has become afflicted with the disease and has at best a month to live. Chester journeys out to sea in his boat but he is thrown off and washes ashore on a small island secluded from the rest of the world. A