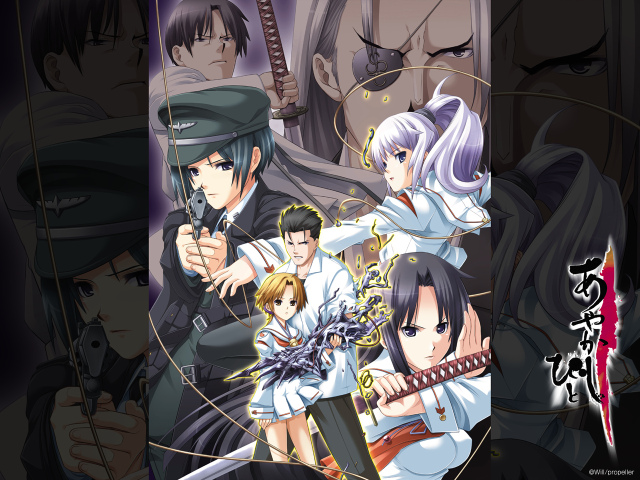 Have you ever really wanted to love a visual novel, but then been unable to? Whether it was because other people thought it was amazing or because, except for one or two issues, it was genuinely enjoyable? Either way I can tell you that it’s a pretty horrible feeling, and Ayakashibito fits firmly into the latter category I’ve mentioned. With some excellent slice of life segments and wonderful characters, I overlooked its various faults as I progressed through the story because I was utterly convinced that the finale was going to pay off in a big way. And then I was betrayed. I want to love Ayakashibito, but I’m not sure I can.

There’s a sickness that has spread throughout the population, or so the majority of people would have you believe. When select individuals began exhibiting mysterious powers, they were naturally feared by the wider population and branded as bearing a disease. The most dangerous of those Jinyou, as they are called, were “hospitalised” where they could never harm anyone. Ryouichi Takebe has lived in one such “hospital” for most of his life, abandoned by…