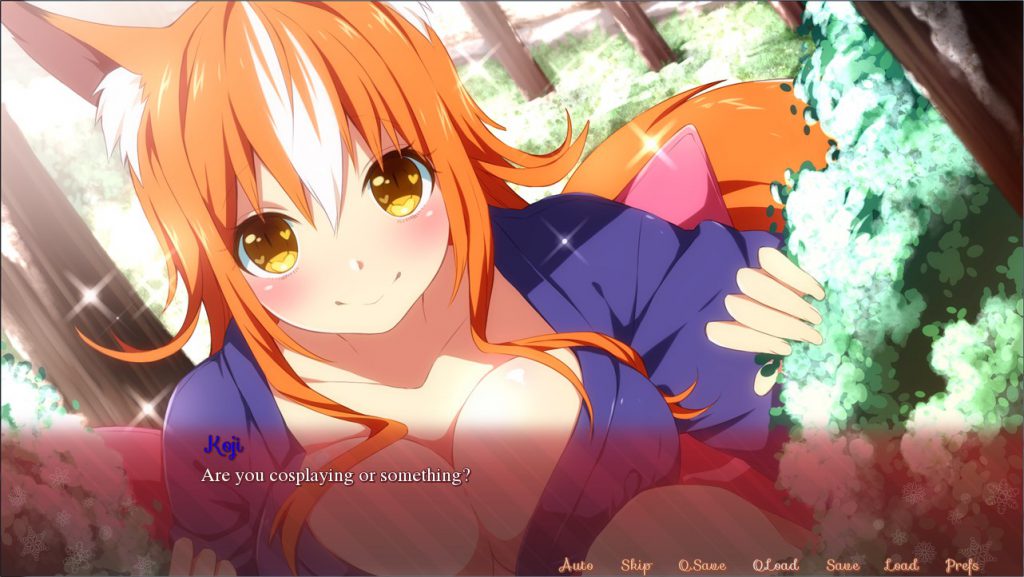 On to the review proper. Koji is a college student who has moved out in order to pursue the best possible education in Japan. Unfortunately for him, he is now alone for Christmas. To combat this, Koji decides to go to the shrine outside of town, and wish for someone to spend Christmas with. An old man tends to the shrine alone, and Koji, after making his wish and tossing a little offering to the “gods,” decides to help the old man with a few tasks. As Koji is leaving, a big breasted fox spirit appears and promises to go out with Koji for Christmas because he is a “nice person.” On the way back home, Koji comes across his old childhood friend, Itsumi, who is dressed in a bunny outfit to advertise the cafe she works at. After promising to work part time at the cafe and spend time with her, Koji then runs into a scantily clad girl dressed as Santa. On top of that she claims to be Santa, and proves it showing off some of her magic. Then Santa also promises to spend time with Koji for Christmas as well. 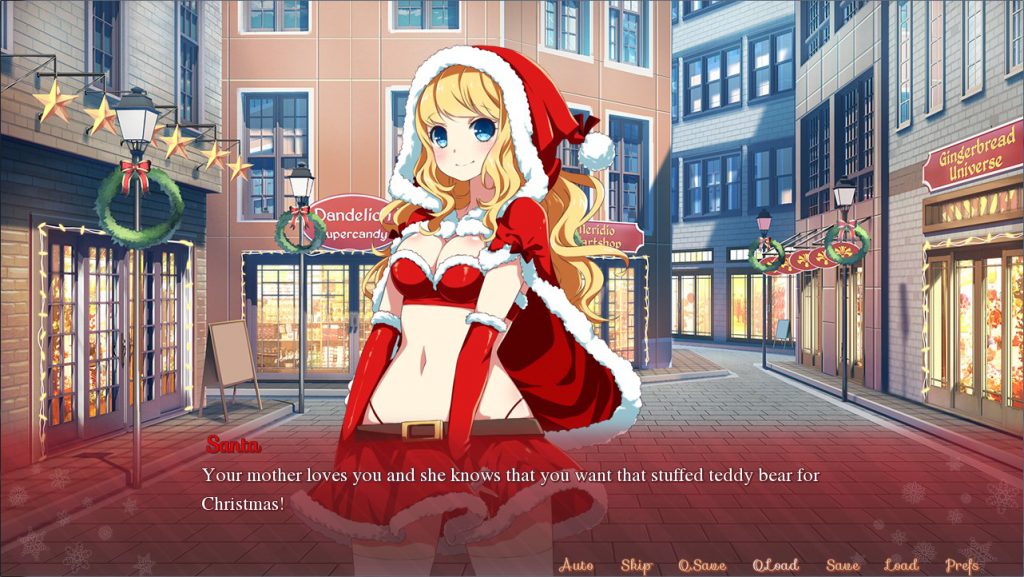 From here the game splits off into its various routes, all of them following the same generic progression, with a Christmas theme. The girl in every case seems to fall in love with Koji in a matter of minutes, they spend fun times together, a problem arises, Koji gives a speech, and the problem vanishes. As with all Winged Cloud releases, the story is inconsequential, and serves no purpose but to give a reason to show off girls in all manner of semi-nudity. The problem here is that even the scenarios of which the clothing misunderstandings happen are tired and used way too often. If any of them were remotely funny or unique, maybe this would not have felt like such a bore to read. The routes themselves are short, and devoid of any sort of drama. Sure, an attempt of dramatic storytelling was made, but when the routes take place over the course of a few days, and the run time is so short, the routes end up feeling rushed and sudden. It’s like the writer had a a dart board with various tropes, and just put together whatever his darts managed to hit for the routes. On the plus side, the grammar and spelling are both well done, and I failed to notice any glaring mistakes. Good editing, however, can not make a fundamentally bad VN good. With Sakura Santa being a Christmas-themed game, one might expect to hear some sort of Christmas music. Well, you clearly had your expectations set way too high. Not only is there a lack of any Christmas songs (which is understandable due to copyright), there is a lack of any sort of Christmas-sounding music. Instead, the music is the same, generic sounding VN music that is completely forgettable. On top of that, this game does not have a single sound effect, and if it did, it completely went in one ear and out the other. As usual with Sakura games, the art is very high quality with good background art, and extremely high quality character arts and CG art work. That is literally the only positive thing about this dung pile of a VN. 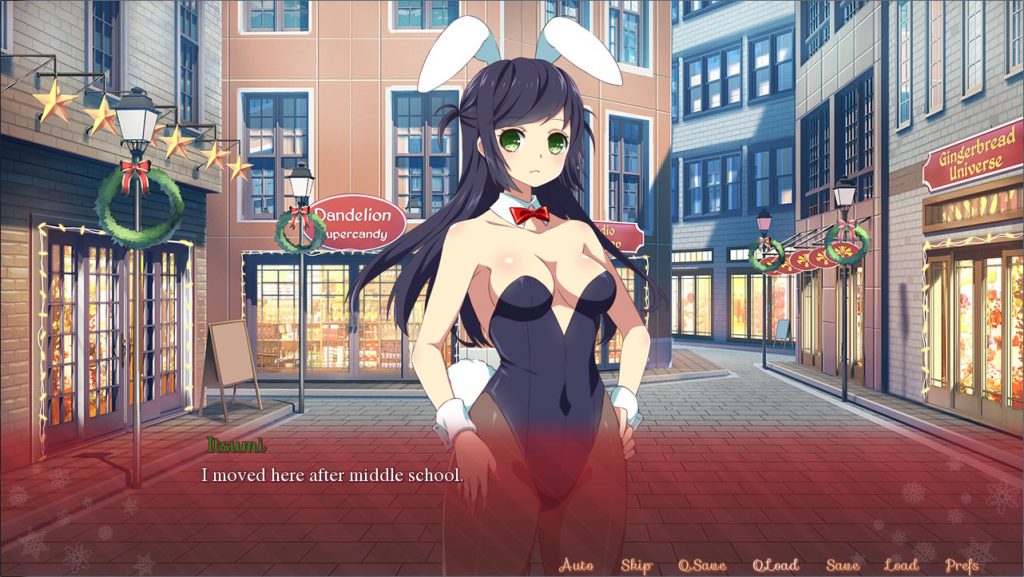 If you are looking for a good VN for Christmas, this absolutely is not the VN for you. If you are looking for just a halfway decent VN, this is not the VN for you either. The cow is fully milked. I can think of absolutely no reason why anyone should bother spending money on this VN, or bother with the bandwidth needed to download it, or spend even 5 minutes with this VN. It is built on a tired, used, cliche, foundation which is cracked and falling apart. There was absolutely no visible effort put into Sakura Santa. This VN will ruin Christmas, but hey, at least the art is nice.