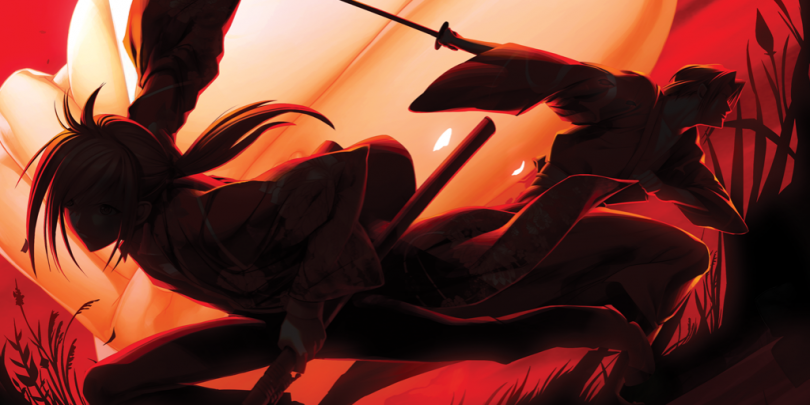 Hanachirasu is a revenge story developed by Nitro+, featuring many dark themes and amoral characters. While it was originally released in 2005, it has withstood the test of time in all aspects and is an excellent, albeit short, read. First, a small disclaimer. This is a dark story, with most of the cast being villainous people who will stop at nothing to achieve their goals. There is no romance in the game, and the short H-scenes are more of a demonstration of the characters’ personalities than they are out of mutual love. The setting of Hanachirasu is ridden with crime, terrorism, and violence between warring factions who wish to seize full control of a Tokyo that has isolated itself from the rest of the world. It is in this dangerous city that our protagonist, Takeda Akane, and his rival, Igarasu Yoshia, will face one another. As previously mentioned, this Visual Novel is short, so the plot is constantly thickening, with many twists and even more bloody battles. The story is divided into chapters, and between each chapter is a long and dense world-building section which serves to build the plot and describe some of the combat techniques employed by the cast. 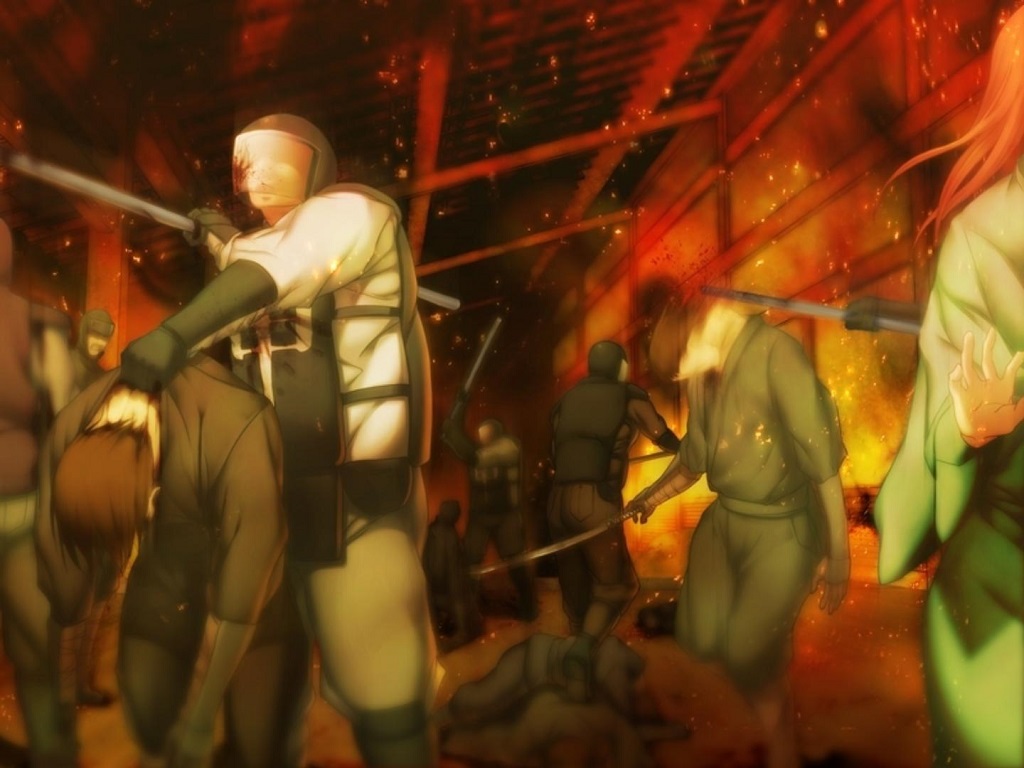 Yup, no Moe to see here.

Unlike other Visual Novels, where even the melee combat can be unrealistic, Hanachirasu goes off the beaten path and makes the scenes as realistic as possible. Whether this is good or bad is up to personal preference, but it was interesting and refreshing to read about duels that lasted mere seconds in real time and whose victor was decided by one or two swings of each person’s sword. The fights in Hanachirasu are narrated in a way that explains all the intricacies of sword fighting, from the four ways in which one may win a duel (in Japan), the stances and positions a warrior must practice, to how and where in the body a person must apply their strength in order to swing a weapon quickly and effectively. However, these descriptions can get a bit long-winded – even more so when they interrupt an action sequence to present an infodump about a certain way to swing a katana. Nevertheless, the information provided is never useless, and all of the descriptions help the reader visualize the moves being executed by the characters and the thought processes that accompany them. The descriptions can be quite visceral, but for those concerned about gory imagery, rest assured that most of the violence is not shown in the CGs, and when it is, it is not very extreme. 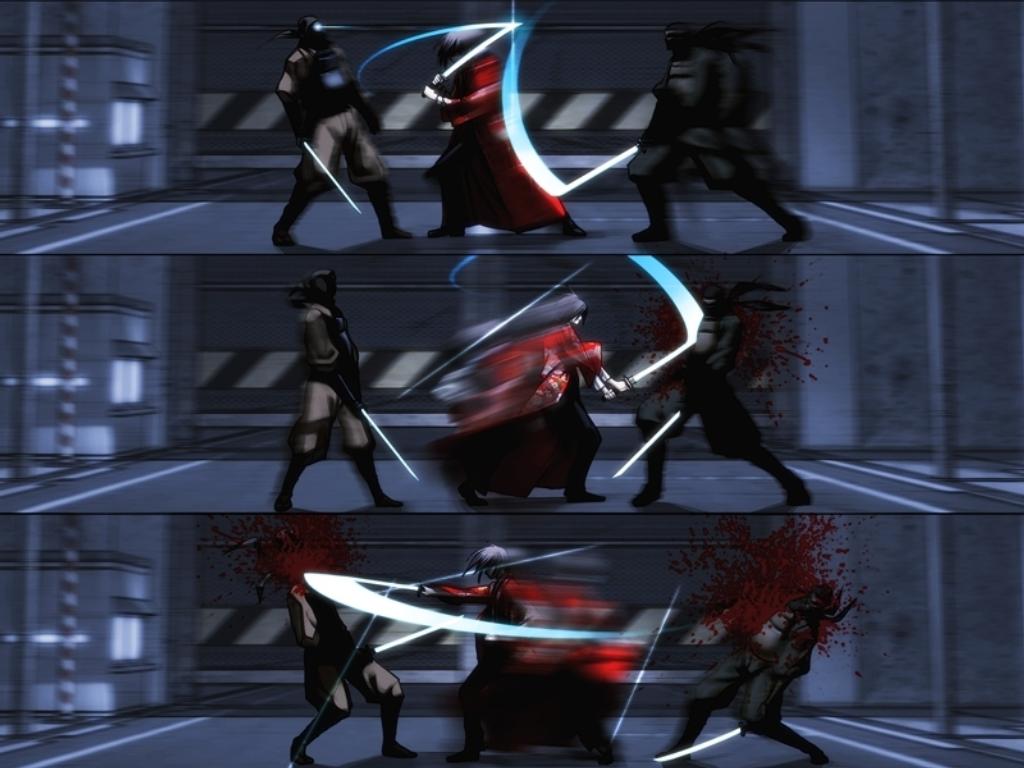 The story itself is quite unique, as most of the cast are not heroes, nor are they good-willed. This is a dog-eat-dog world and every person will do what they must to survive, fulfill their goals, and kill their enemies, no matter the cost. In that sense, it’s more about which evils you are willing to accept as necessary and relatable than a sheer black and white, good or bad sense of morality. While most of the cast can be considered “evil”, their villainy is not just for evil’s sake, as all the collateral damage and deaths are executed with a clear motivation. The game begins with a dark and violent atmosphere and it spirals ever downward, into a denouement that, while expected, is quite satisfying and leaves no loose ends. However, the game’s intent on telling a single story comes at a price. The alternate and Bad Ends are very short and whilst I appreciated their brevity, they could have been more fleshed out and I feel that some wasted potential lies there. Regarding sound, Hanachirasu’s soundtrack and voice acting are of outstanding quality. The musical score was composed by ZIZZ Studio, the people who also composed the tracks for other works, such as Phantom of Inferno, Kikokugai – The Cyber Slayer and Saya no Uta. The BGMs  enhance the already great scenes, be it with the exhilarating combat music or the tragic pieces that accompany the woeful moments. Even the more relaxed tracks are not completely carefree, as they bear a certain uneasiness, which makes this game’s atmosphere even better. The voice acting stands out as an excellent addition, since most voice actors play their roles very well and are quite good at manifesting emotions (or at expressing the lack thereof), be it a person’s willingness and joy of doing combat or another’s sorrow and rage. 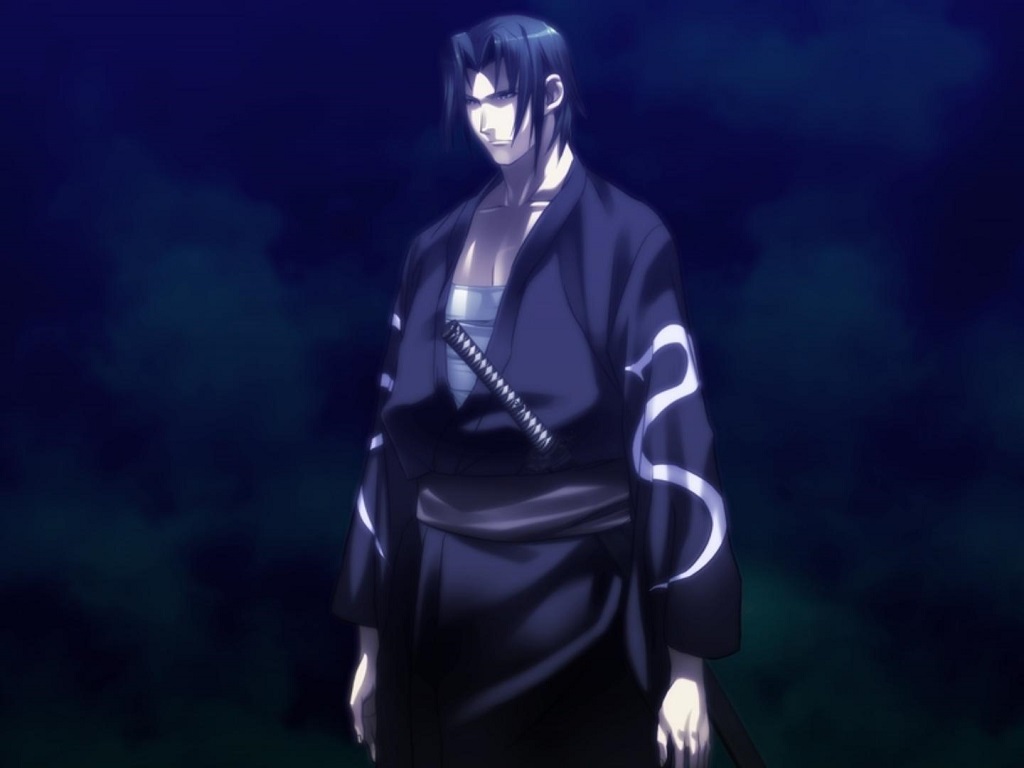 Everyone’s as somber as this guy

The CGs and animation are masterfully drawn and still look nice today. Hanachirasu has many CGs for its short duration and while not as many as say Kikokugai, they possess enough variety so as to not become tedious, even though some CGs are reused a few times. Upon checking the release date, I was surprised to discover that these CGs were ten years old at the time of writing, since they appear to be much younger. To sum up, Hanachirasu is a dark and gripping Visual Novel that brings new things to the table with its realistic combat and descriptions, making for an exciting and interesting read that only gets darker and sadder as the story progresses, culminating in a terrific finale that leaves no question unanswered. Despite its short duration, it’s a marvelous ride from start to finish that is definitely worth your attention, especially if you don’t like or don’t have the time for longer Novels.

As of March 2015, Hanachirasu has been translated and localized by JAST USA, so if you wish, you can buy it here.

- Infodumps can break the flow of the action

- Bad Ends could be more fleshed out