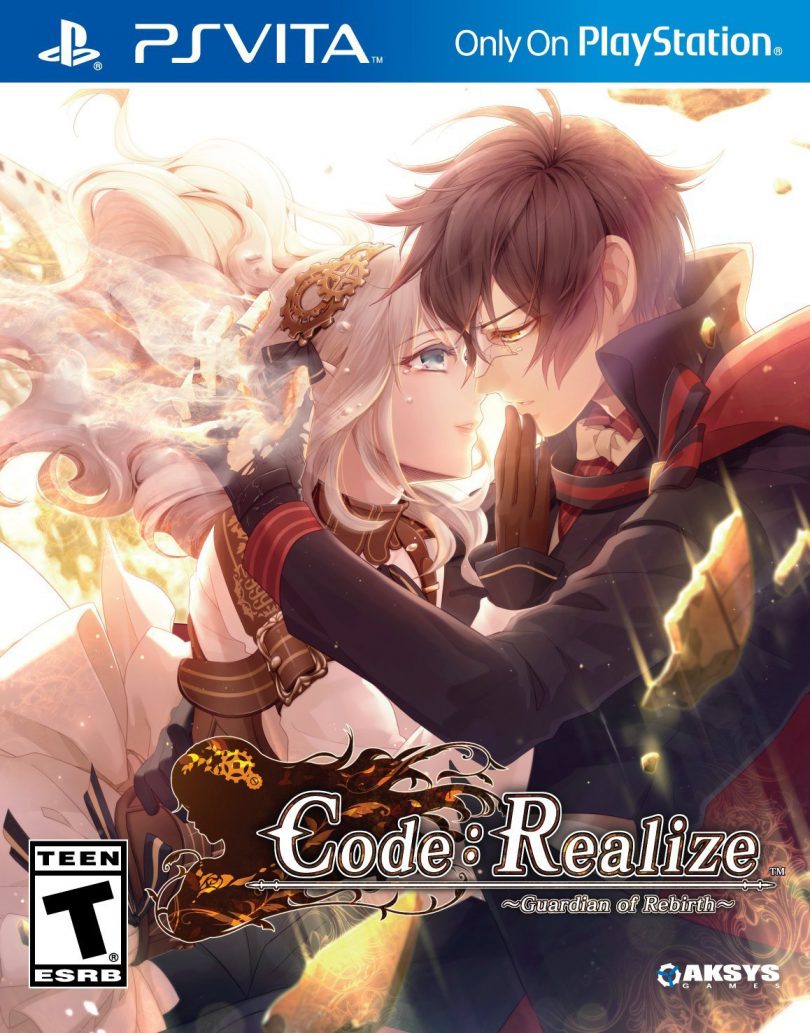 Code : Realize ~Guardian of Rebirth~ is an artistically beautiful otome created by Idea Factory and published by Aksys, it was released for the PSVita on October 20th, 2015 and is one of many otome visual novels released locally to North America this year. Due to it’s artistic similarities to a JRPG with the combination of literary references, witty humor, and a deep story Code: Realize ~Guardian of Rebirth~ is far from being a typical otome.

The story begins in a 19th century steampunk version of London with a young woman named Cardia who is confined to her mansion by her father’s request due to the fact that her skin melts away the flesh of anyone who touches her. She is soon forced to go outside after her mansion is stormed by soldiers who take her away then a masked man comes to her rescue and they begin traveling together. Along the way she meets many other unique characters who have the potential to become her love interest. As she continues her journey she begins to uncover the truth about her dangerous condition and her father who left many years prior to these events.