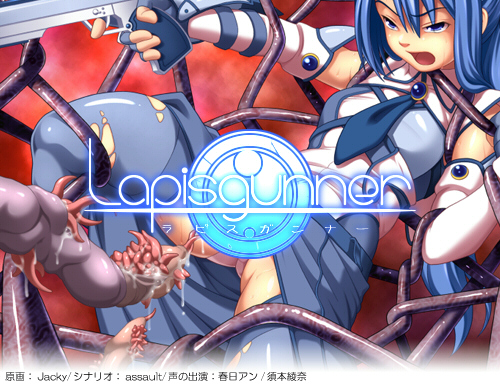 When companies have some experience making nukige, their nukige tend to improve in quality. The second game of the “Jewel Stars” is no exception to this rule. Released about a year after Ruby Striker, and in 2014 by Mangagamer, Lapis Gunner fixes a lot of the issues the first game had, and is undoubtedly the best game of the trio.

In this nukige, Lapis Gunner, another person who holds a “Jewelstar,” infiltrates Zodiac’s headquarters in an attempt to locate Ruby Striker. But unfortunately she, too, is captured by his tentacle monsters, and more extreme tentacle sex occurs. Sounds familiar, right? This time, however, the mind break is achieved via different means, namely through forcing Lapis to be the host for a whole new generation of tentacle monsters – meaning that there is a lot more variety in the monsters this time around! What wasn’t fixed, however, was the “To be continued…” ending, which you get regardless of the choices you make. Still not impressed by that. 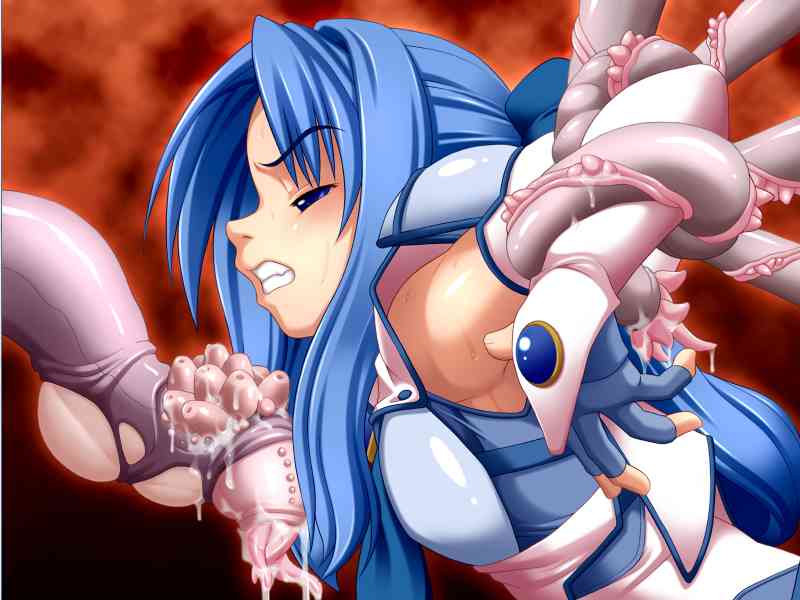 This nukige fixes a lot of issues its predecessor had. The art is of much higher quality, and the monster variety is really neat. They also kept the “body fluids to total picture” ratio on the lower end, thankfully. The music is mostly recycled from the previous game, which meant that it was muted for the majority of the game. The writing was a lot better this time around, with many of the scenes becoming more descriptive rather than just being full of “line, moan, line, moan moan, line.”

This title is great for those of you who love tentacle monsters, and definitely needs to be part of your collection. As painful as it might be, reading the first game will make the second game flow a bit better, so keep that in mind if you decide to start with this title. At the very least, the game has scenes with both girls at the same time, and knowing who the other character is might help. I can’t imagine what that means for the the third game (and third girl). Hmm…

Pick it up from Mangagamer! – VNDB

- "To be continued..." rather than a real ending