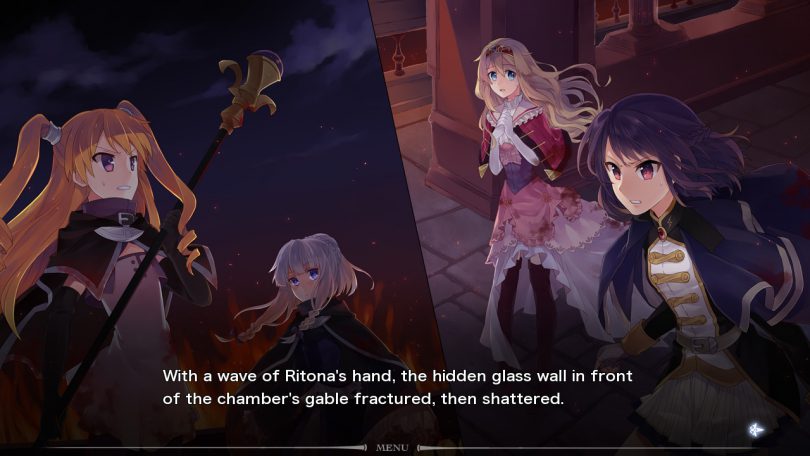 Sekai Project has established quite a name for itself in recent months with the release of high profile visual novels like Sunrider: First Arrival, World End Economica episode.01, Sakura Spirit, Planetarian and Narcissu. With more titles awaiting confirmed release dates, the latest visual novel to grace the Steam store is fault milestone one. As of this writing, those who purchase the game on Steam will be rewarded with a digital shikishi of the character, Ritona. Fault is a series created by Alice in Dissonance that will be released in episodic instalments in the near future.

The kinetic visual novel tells the tale of a princess named Selphine and her royal guard, Ritona who are forced to flee their homeland Rughzenahide after a deadly invasion by their enemies. Making their escape through a portal, they find themselves lost in an unknown forest thick with vegetation but completely void of any wild life or natural creatures. As they try to make sense of their situation, they ponder many questions such as the true identity of the invaders, how they will return home and what they plan to do as their homeland lies devastated in ruins. Along their journey, they meet the Zhevic family…