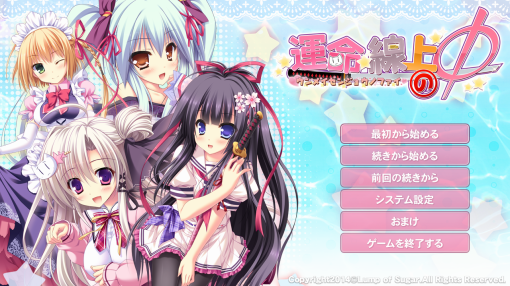 Welp I guess the jig is up. It’s me M3rry and I’m filling in for warum while he’s off doing busy things in real life. No doubt he’s out there partying and drowning in the juices of the female nether regions while I’m holding the fort. But it’s okay because I’ll stick around for the mass number of loyal tomato conspiracy readers who still believe….in the dream…..or something. Let’s move on to the review!

Before playing this game, I played the “predecessor,” Magical Charming, and it was a fun, light-hearted romp with a fancy gimmick that was surprisingly important throughout the story. With an even more ridiculous title, Unmei Senjou no Phi follows in the same vein and requires the player to “slash” through decision points for new ones to appear whether via the computer mouse or the touchpad screen. It seems like an interesting idea but I don’t know anyone who has the balls to play an eroge on a touchpad while traveling on a bus. Let me say this right now that some ero-scenes give the option to vigorously rub specific body parts to hear a heroine’s reaction. Regrettably, I do not have a touchpad so I didn’t test this out personally but I’m sure I wouldn’t be breaking any decency laws right?

So Unmei advertised a fancy gimmick but are the contents of the game as good as the package? After playing through all the routes, I believe it to be true. The title is definitely a character-driven narrative and much of the appeal lies in the charm of the female cast and a smorgasbord of icharabu. Seriously, the romance is top-notch and seeing the bishoujos melt to amaenbou goodness gives fawking heart attacks. However, the world-building and the plot are quite interesting and I was satisfied with the reveal of the mystery of the island, Shintenjima, along with the rediscovery of the main hero’s (Oboro Iori) lost memories. Like Magical Charming, the plot, characters, and the gimmick are all entwined and Lump of Sugar did an excellent job keeping all of them relevant throughout the narrative.

Another thing to take note of is the quantity and variability of scenes. Not only are there character routes, but there are also silly branching sub-routes. Some of them can be absurd, comedic scenarios like the founding of a school or a cabaret club while others are random “touching” ero-scenes. The most elaborate sub-route I’ve played was a parody of a survival horror game and I used many save slots to keep myself alive before I was rewarded as the OSHIKKO MASTER. It was hard work mang. Notably, that minigame was the only time I ever used multiple saves because the game has a very nice flow-chart which allows the reader to keep track of progress and it even allows the player to jump from one major scene to another.

There are a few downsides and one of them are some of the really unnecessary minigames. For example, there’s one where Iori cuts grass and the player does it by swiping the screen. It’s really pointless other than achieving a high score. While these minigames are amusing, they don’t seem suitable for an eroge and feels more like an add-on then anything else. But it doesn’t really detract the whole experience so this is nitpicking on my part. The more noticeable flaw is the pacing of the ero-scenes. Many of them are placed near the end of the routes which can be disjointing for the reader who is expecting a smooth transition between story, character interaction, and erotic content. However, my throbbing erection can personally approve that the ero-scene content is fantastic. TWO  THUMBS UP.

Oboro Iori is an interesting character in the sense that much of his personality and characteristics are dependent on which route you go on and that is actually determined at the beginning of the game. While it can be confusing to have a character with practically four different dispositions under the same name, it does offer an interesting dynamic to how Iori interacts with the same characters and similar conflicts. What appears to be the common characteristic among his multiple personas is that he suffers from amnesia and cannot remember much of his past. But whether he is an intelligent detective or a single-minded swordsman, he will always be honest, kind and virtuous to the people he meets on the island, Shintenjima. He also can’t swim. 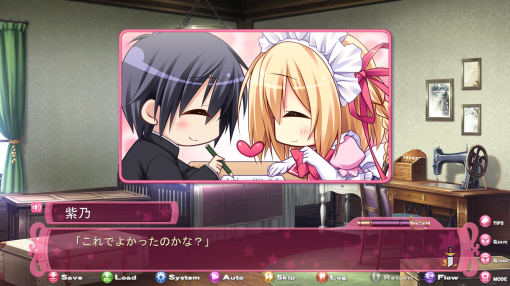 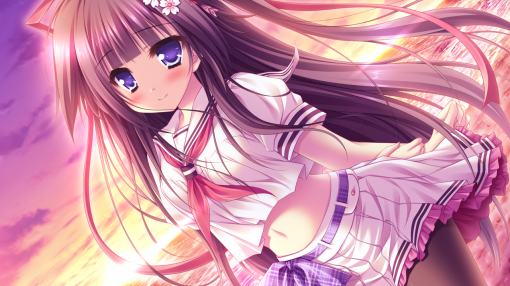 Yaegasumi Shino (CV: Haruna Sakura) is one of the student visitors of Shintenjima and quite the yamato nadeshiko. She’s smart, talented, attractive, gentle, and skilled with a sword. In other words, she’s practically perfect. Normally, I condemn these type of characters but she’s also humble and a good girl so it’s hard for me to hate on her. The game does acknowledge her near perfection and makes several subtle jabs at her archetype. Despite my personal misgivings, her route is the most plot-driven and Shino has great chemistry with Iori, the unbending “samurai” who was challenged to a duel by a mysterious opponent. She may or may not have a past connection to Iori but she too suffers from memory loss.

Kuon Nagisa (CV: Yonekura Saya) is another student visitor who came to Shintenjima on vacation. Even though she has a meek and docile nature, she almost immediately grows accustomed to “detective” Iori on their first meeting and eventually becomes his hard-working assistant. Despite her near-photographic memory, she too cannot remember a significant portion of her past. Her story is also closely tied to the main plot and she may or may not have a connection to Iori many years ago.  Nagisa seems to feel comfortable addressing him as her brother. 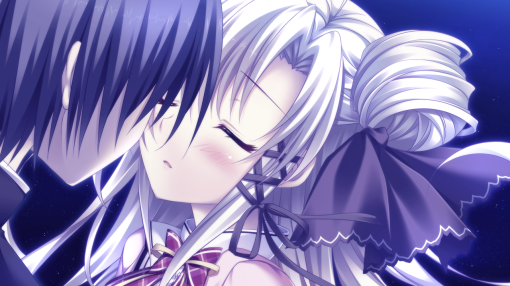 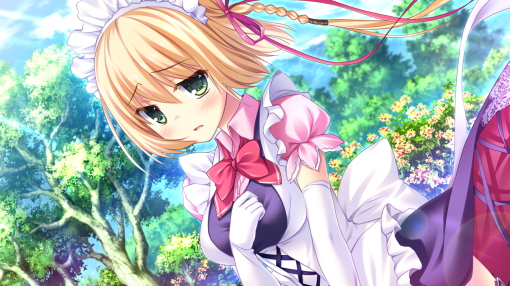 Linja Aehlenslaeger (CV: Hagoromo Midori) is the capable and armed resident maid on Shintenjima. She takes her profession very seriously and is devoted to her employer. While Iori is on a secret mission to search for the mysterious courier, φ, he fell off the boat headed to Shintenjima and was saved by her. Linja’s story is less concerned about the island’s mysteries and revolves around the identity of φ. I don’t think I need to explain anything more but I’m betting my balls that readers can make a good guess on who it is. 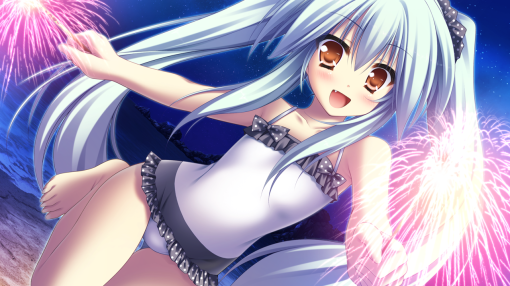 Himeguri Karin (CV: Kotori Yuuka) is the high-spirited innkeeper of Shintenjima who does her best to entertain her guests. While she longs to travel the world, she has never left the island due to various reasons. Even so, she tries to live her life fully with a smile. But things begin to change with the arrival of her newly employed butler, Iori. Karin’s story focuses on some of the island’s inner workings and her personal connection to the mysteries surrounding Shintenjima. It’s also the loli route mang. How can I not like the loli route? It’s mah calling!

Overall this is an excellent Lump of Sugar charage that reinvigorated my enthusiasm for the company. I admit I had been feeling less hopeful of their recent works. While the character designs are almost always attractive , the storylines can be as slow as molasses. Thankfully, I was wrong this time and I look forward to what new games they will come out next. I can’t get enough of the sugary romance man. The budding affection to diabetes-inducing adoration is too good. 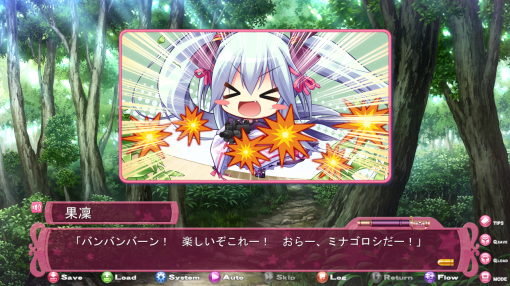