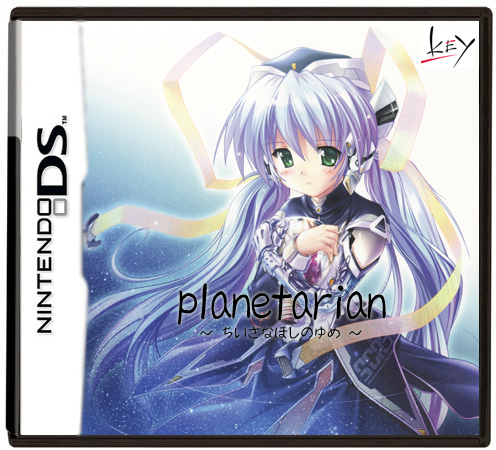 On the 19th of December, an innocuous post was made on Twitter by the user FerbusG, who simply wanted to mention some trivia about Visual Arts’s kinetic novel planetarian – Chiisana Hoshi no Yume to entertain their audience. They talked about a fan-made port of the game created in 2008 by the Chinese KeyFansClub-Community. Ferbus mentioned that they believed this to be lost media.

Fun fact, in 2008 the Chinese KeyFansClub made a DS port of Planetarian

After receiving a lot of attention, hope quickly grew in the belief that something could be out there. Known community figures such as YouTube creator Manpig and Artist meloncola were on the case. The former asked his friend whether he was in possession of the port.

After not even an hour, Manpig posted a screenshot of the game in all its low-quality resolution glory and Chinese text.

I think this is it (?) pic.twitter.com/xepsSknmWA

Only a few hours passed until salvation came, because Twitter user Waffurukuru came to the rescue, stating in a QRT that he uploaded the port to the Internet Archive!

I recently found the ROM file of fan-made port of Planetarian for the NDS. The source code seems to have completely disappeared from the internet so I archived the original file before it fades away too.

Another win for video game preservationists. What a nice day it was!