Outis Media is an English-speaking media brand devoted to producing lewd monster girl content, including short visual novel titles. The brand has released several mini-nukige in recent days, including Dark Waters: Gino and the Witch of the Dark Swamp and Seeds of Paradise. They’re also working on a bigger game called Garden of Roses.

Unfortunately, you’re not just the coach of the monster girls who are sweet and obedient—you’re also the coach of a monster girl named Freya who wants to ruin your life. She could do it, too. All she needs is one, single video, and she’s already got it recorded.

At first it seems like you’re totally screwed, but one of the other monster girls on the team has had enough of Freya’s behavior. She tells you Freya’s weakness, and you grab onto it with both hands. It’s time to tame that bratty dragon and teach her lesson that’ll haunt her on and off the field! 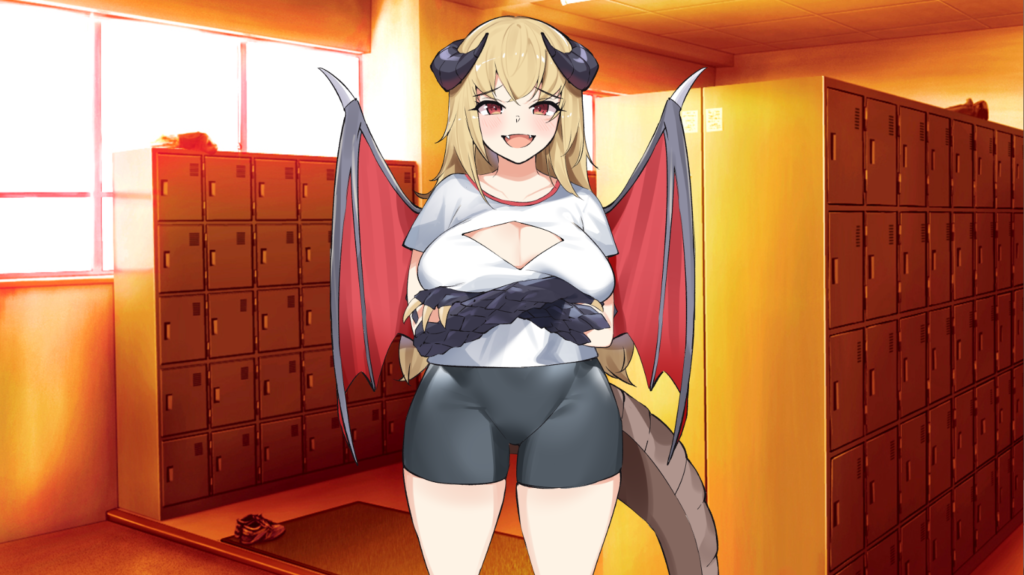 The only character sprite that appears in the game is our main heroine, Freya. She’s a dragon girl with a sadistic personality, and…that’s about it. I wasn’t exactly expecting deep character work from a nukige, though, so I’ll take her as she is and give her a 6/10. It helps that personally I think her character design is pretty cute.

Sound gets a 4/10, but to be honest that’s mostly because there weren’t many sounds to be had. Beyond the noise of clothes rustling, there are a few H-sounds, but you can count them on one hand since they don’t last through the entirety of the H-scenes.

As far as the music was concerned, I thought it was pretty generic, but I wouldn’t ask for more than that from a free nukige that only lasts 15 minutes.

My biggest complaint when it comes to sound is the lack of a voice-over.

I understand that small companies struggle to find the resources to provide voice-over, but adding voice acting to a game can really give the characters that extra-special something. Even if the voice over was in English, I feel like it would make the H-scenes more interesting and give the game a better vibe. And with how bratty Freya’s character is, I think giving her a voice would make her character stand out much more. 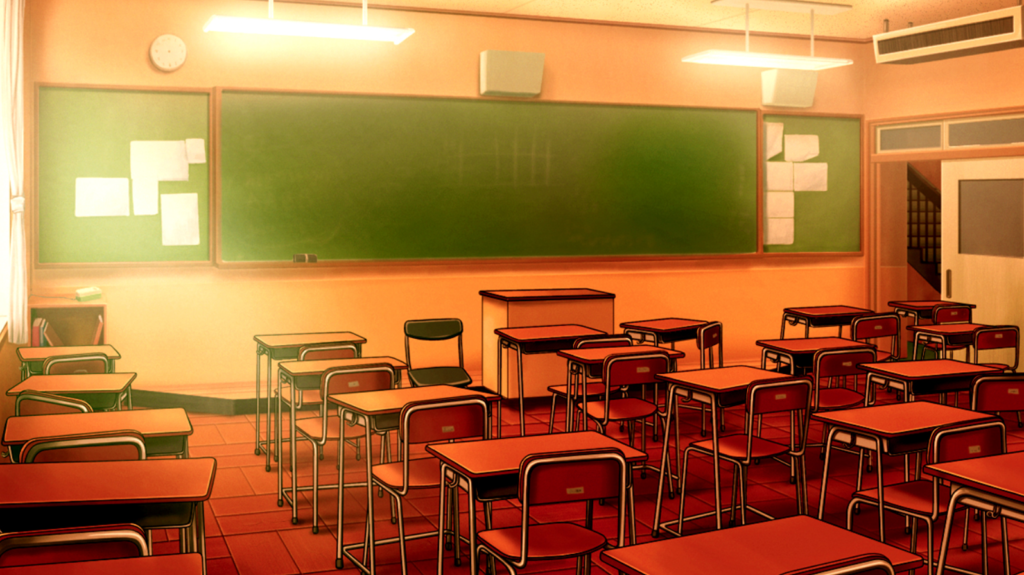 The background images look pretty decent—I’ve definitely seen worse in my life—so I’ll give them a 6/10. The images themselves are pretty basic for a VN background, just several different school scenes. I’m not sure whether they’re based on a template or not, but I think the thick black outlines the artist used brings the art up a notch. The lighting looks good too.

As for Freya’s sprite, I think she looks pretty good as well. I wish her wings had more details and better shadowing, but overall her design is cute and totally breedable. She has a few different facial expressions, all which I think fit Freya’s personality. With just a bit more depth character-wise, I think she could be a top-notch waifu.

Slay the Dragon! Taming the Fire-Breathing Brat! has a deluxe edition which includes 10 sketches in total—nine sketches of Freya’s H-scene positions and one to thank the brand’s subscribers.

Slay the Dragon! is a very short nukige (15 minutes), which contains 2 H-scenes in total.

I’m not completely sure if people will be interested in starting up a nukige that only lasts 15 minutes, but I see potential in Outis Media. I’m curious to see what they’ll do with a game that has a longer playtime, like their upcoming title Garden of Roses. I’d also like to see them start incorporating voice-over into their games, even if it is in English, and invest in adding more memorable background music.

If they’re able to accomplish those three things, I would definitely be interested in trying out some more of their upcoming titles.

Feeling intrigued? Slay the Dragon! Taming the Fire-Breathing Brat! is a free game, so go ahead and check it out for yourself!