Welcome to the Fuwanovel VNTS, where we shamelessly copy the work of one illustrious 4chan /jp/ member in collating translation progress and add minor dabs of value through corrections and additions. Entries with updates this week in bold. This week’s cover image will be Gore Screaming Show, because it is the biggest release of the month for the average populace. People went into it with the belief that it’s mid, but all we see are overwhelmingly positive opinions about the game. Fujoshi/Fudanshi also got their Slow Damage this week! Great!

Other than that we have SekaiProject making visible progress and actually releasing two titles. Nekonyan pinpointed the release date of Aokana EX2 and Kusarihime’s translation phase is done! It’s a week full of highlights, just what we needed! Let’s begin.

「Hello everynyan! I have a headache and I have no idea if it’s migraine related or just my neck muscles hating me again (understandable) (it’s probably my neck tbh). Today I made a classic Zaka household dish in cheese and ham sauce with pasta, though I felt a bit weird knowing it’s surprisingly similar to the historical U.S. army dish “shit on a shingle“, though perhaps with a bit more sophistication in every element. I mean it’s really just mornay sauce with ham, which is bechamel with cheese. Bechamel also being known as white sauce if you’re allergic to French, which, fair enough monsieur. I was fancy enough to add some nutmeg to the mix (Mom bought a bunch of whole dried ones so I need to find uses), but I also used random Swedish cheese plus the “Italian hard cheese” she got instead of Grana Padano or Parmagiano, so overall it’s a bit of a middlebrow affair. I liked the touch of the five-pepper mix grinder though.

Anyway this isn’t actually a food column, so maybe I should get into the visual novel news. A lot of stuff we knew was probably going to happen did in fact happen this week, which is nice but also means I’ve probably mentioned them before on VNTS. I’d diligently look up where I said aformentioned things, but the aforementioned headache is really cramping my magnanimity¹². 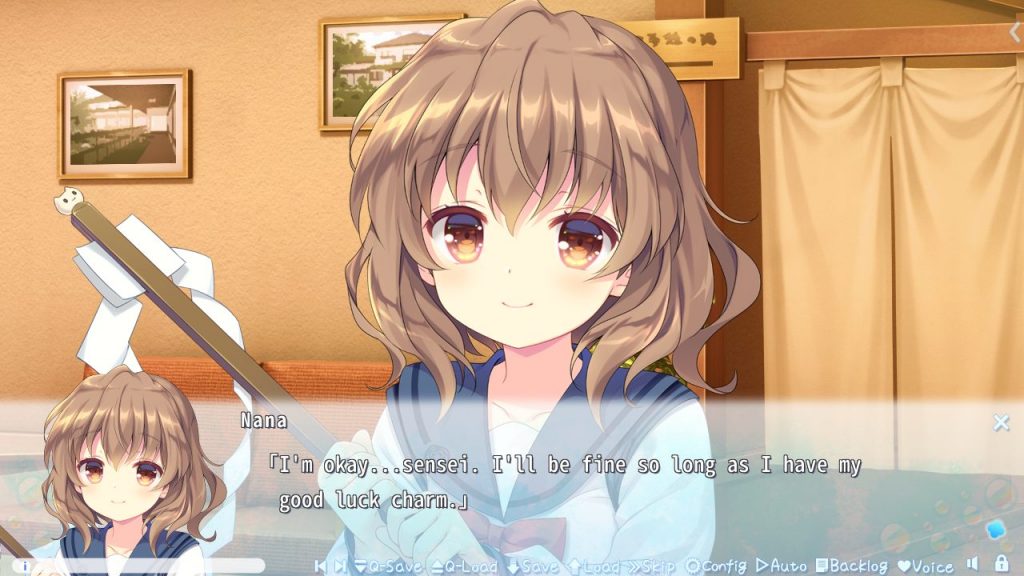 Hokenjo / soupbubble-obsessive grill and 😭 dude / whatever you wanna call it doesn’t seem to have gotten a QC patch yet, and also we mentioned its release last post. Maybe Hata has some progress news on that front?

Gore Screaming Show is out, loc by JAST, after a long and storied prior history of people trying and failing to translate it fan-side. I saw a few screenshots that I registered as mildly positive bayesian evidence³ for the translation handling Gore’s weird speech in an entertaining way as is proper. Other than that, it’s fun to see Moogy make a minor twitter thread on how GSS was apparently the OG JOP-hyped⁴ title back in the day. I remember back in 2012, I was an EOP and starved for knowledge of untranslated kamige. In many ways, the particular whims of a rather incestuous group of JOPs ended up determining the desires of a lot of the more active fanbase back then. Of course, these days we know that all people really want is more Yuzusoft moege, so maybe ignorance is bliss after all.

Sekaiwise, Leyline 3 is out without issues. I wonder how the translations for these went after the first, which was kind of cringe even beside the engine issues. I think they might have ditched the fan group they used for 1 afterward, though I haven’t heard it either way, so I don’t really know.

News also just got in that Eternal Heart has passed Steam approvals  (guess it wasn’t Japanese-side!), so we’ve got that to look forward to on Friday. Wonder if the translation will be less of a mess than the original. And when the revision of the original’s tl will be out. Ah well.It’s interesting to see EH pass given that it definitely has some… younger characters in school. I wonder what they did to it, to be quite honest. Maybe nothing and they just got lucky this time. Qualia, a title which I would naively expect to pass more easily given the boobage present, is still in approvals. I suppose we must hope that it too passes.

Nie no Hakoniwa and Happy Saint Sheol both got 10% editing progress today, with the former also advancing significantly in translation. The pattern-recognition engine part of me wonders if they unblocked some bottleneck in their editor supply given that both titles got progress at the same time, but who knows. Nie no Hakoniwa is a BL title I remember some forum member liking, but Happy Saint Sheol I didn’t have a clue. Perhaps there’s a reason I didn’t have a clue, though: EGS gives me the lowest median I think I’ve seen at a 50 (avg 54). It does only have 5 votes, but the one review being like “This isn’t finished, right?” does not exactly reassure me. Maybe check any reviews you trust before giving this one your money or attention. 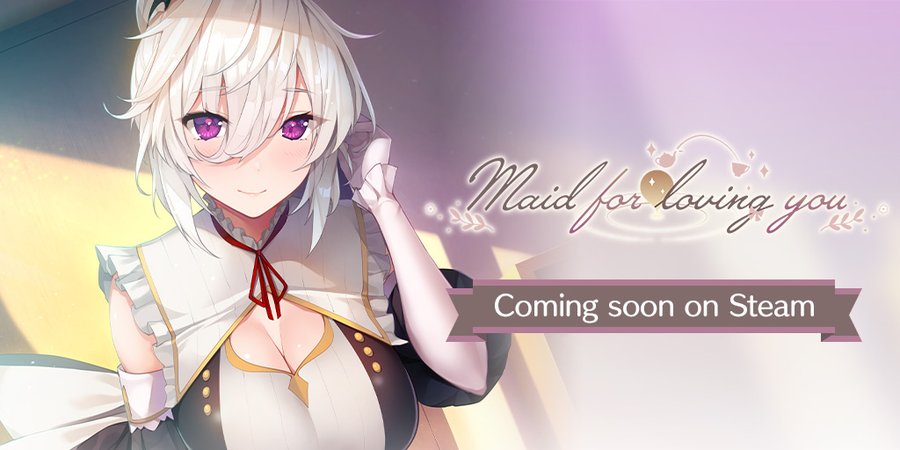 LoveLab says Azarashi Soft title Maid for Loving You is coming very soon to Steam. How very? Verily we do not know. Meanwhile, Shugaten is slated for a late January 2023 release, so I guess it’ll be here in May or so after a protracted but hopeless attempt to get it on Steam fails so they put it somewhere else and hope to get more than 10 sales. Speaking of, I need to remind my doctor I want my blackpill dose lowered. 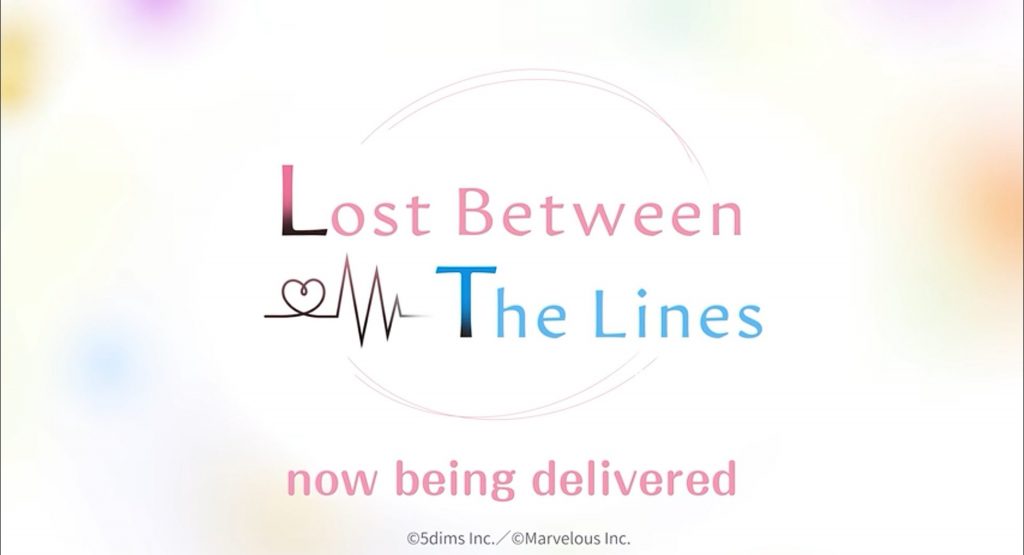 Tsutawatteru no ni, Tsutawaranai is “Lost Between the Lines” in localized form and looks like a mobage-first all-ages romance experience. The artist is listed, but the writer isn’t, not even on the Japanese page. Ringing endorsement, that is not. But I guess it looks pretty. Quick, get some moebuta on the task just in case it’s hidden kamige. If he says it’s bad, maybe it’s good!

² Oh yeah, and to assuage any Hatanian fears, that there is a comedic distortion of “cramp one’s style”. Worry not.

³ This is nerdspeak for “seems a bit more likely that it will be like…” — “evidence” in bayesian terms just means something that changes how likely you think something is.

⁴ EOP means English-Only Peasant, meaning they can only read in that language (or at least, not in Japanese). Or if not peasant, then player, or patrician. One chooses the noun based on one’s politics. The JOP is, of course, the Japanese-Only Patrician. Or peasant. Or plunger, for their preternatural toilet-clearing abilities. I really don’t know where I’m going with this.

You know, the headache pills I took when I started writing this seem to half have worked at least. I guess I get to live another day.」

I would like to start today’s VNTS with some politics. Depression sucks, it really does and a FOMO-ridden mess like me does not fare well in today’s fast-paced society. I’m not a fan of escapism in media, but given the current socio-political situation (Ukraine-Russia-(Poland?), China-Taiwan, Elon Musk taking over twitter and doing fuck-all with it, Credit card companies being idiotic, FTX crypto crash…) it really really starts to tug on your heartstrings and so I dived head-first into Moege for a day or two. To be frank, over the last days my mood was completely destroyed – which led to exaggerated consumption of YouTube Shorts and Tiktok – and just yesterday I could finally get myself to sit down at my desk again and actually get some important work done. Namely – cold calls to get some translation clients for our company and start a Harvard CS50 course for fun… Once again, depression sucks. But I’m better now, it was a phase, mom.

But here I am, back from the shortest hiatus of my life, back to talk about VNs. I still got an Alpha-Nighthawk review to deliver, doujins to translate, worlds to conquer… and much more. Time to get into today’s VNTS:

Zaka wanted to know what’s the deal with Shabondama now. Well, I was supposed to QC it and I also did start doing it, but then aforementioned depression phase came and I couldn’t continue until now. I’ll get to it right after I finish writing this VNTS so people can soon play this game properly. (Maybe I get to it tomorrow. I did a lot today and I’m tired idk)

Week of highlights, that’s how we summed up this VNTS in the intro sequence and we couldn’t say it any better. Gore Screaming Show, Leyline 3 (Trilogy is done!), Slow Damage, Hoshimemo Eternal Heart… all these cool titles are going to release this and next week. Additionally, there is the Guilty release by MangaGamer on the 17th of November. Insane week and everyone delivered.

We finally made it…

Now there is something that the VNTS guy didn’t even mention today. Kusarihime’s translation is finally done! VS really hurried up lately and did the last 50 scripts like it was nothing. Soon we can play the lost kamige “The Rotten Princess” in English!

New LoveLab games are always welcome to me! I enjoyed their games quite a bit. I wonder if I can get a Chinkamo Twins review out soon…

Hmm, this week was so extremely hype, but I didn’t have all too much to say in the end. Well, so be it. Until next week and have fun!」