I want you to think for a minute. Imagine if you — yes, YOU! — had the hability to control people… What would you do? Now, in my case, I’d use it for manipulation and money schemes and also… hum… what just so happens to be the topic of this Miel game, localized by Cherry Kiss Games!

2020’s Joushiki Kaihen! Bakunyuu Bosei Tomo Mama to Kozukuri Homestay! ~Donna Ero Hidoi Koto mo Ukeirete Kureru Boku Sen’you no Kozukuri Onaho Mama~, which I will now refer to simply as Hypno Mama for both our sanities, tells the story of a young boy who gets the equivalent of a spam email containing a suspicious link — probably full of viruses. What this link contains happens to be a super sleazy-looking hypnosis app, which our MC, Mikiko, puts to immediate use on his bully’s mother with one goal in mind: impregnation. 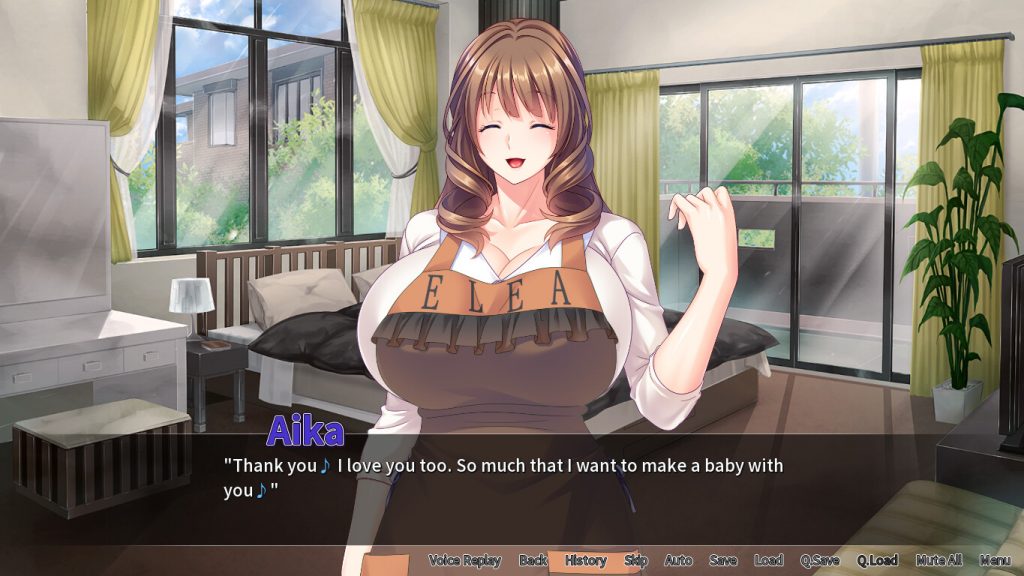 Hypno Mama was written by Youta Arimaki, a slightly known eroge scenarist, who happened to have started with BLACK PACKAGE. He’s not a particularly well-known writer but his most famous work appears to be Kangoku ~Injoku no Jikkentou~, a Black Package Try nukige released in 2005 that ended up getting an anime adaptation. On the flip side of the creative team, we have the artist T-28. They have worked on many light novels illustrations and have been partnering with Miel since 2009, the date for their first release; they are quite secretive, so that’s sadly all I can tell you.

Hypno Mama (in its roughly 40-minute glory) details Mikiko making his bully’s mother do embarrassing acts (or at least what would be embarrassing to non-hypnotized individuals) and the two of them having nonstop sex in different positions – sometimes using lingerie, aprons, and even pig ears!

Now, let’s move on to the localization aspect! 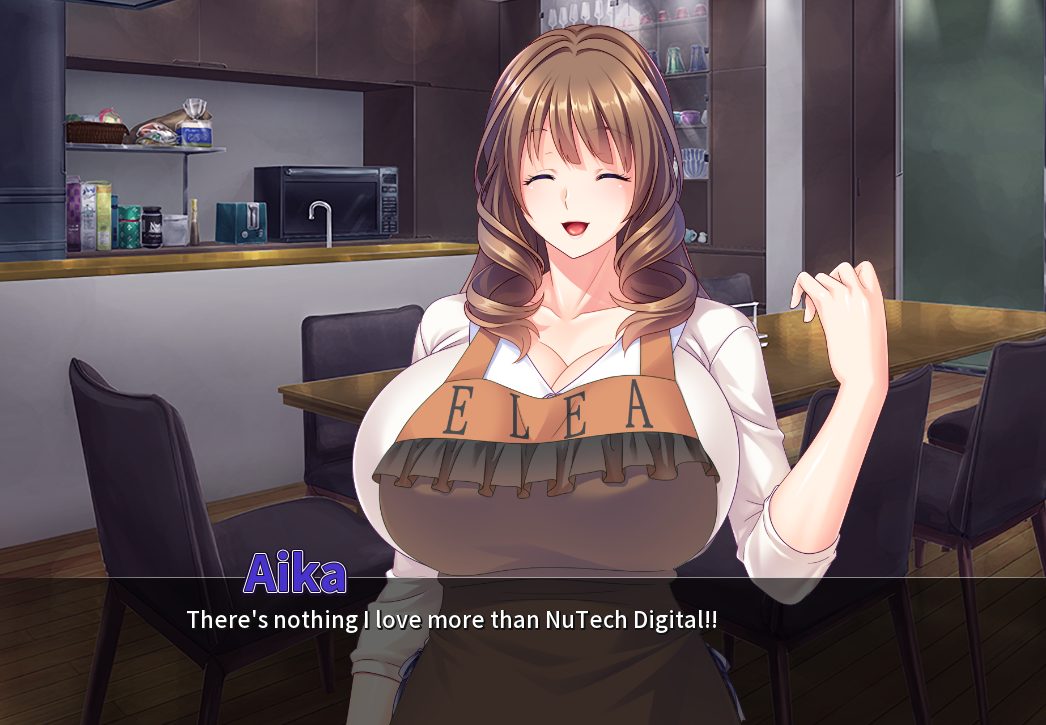 Apart from that, the BGM is actually rather decent and I appreciate the lip sync feature, typical of Miel games.

In my personal judgement, it’s… alright; there’s only so much you can do under an hour. This game is great for people who like MILFs, hypnosis, piss play, and English voice acting. If you enjoy hot and arousing scenes in any way, shape or form, there’s probably something in here for you! Don’t be shy, it’s waiting for you!

You can buy the game on Steam among other platforms Cherry Kiss Games sells their games on! It doesn’t even require any patch for the fun to begin! ^.^