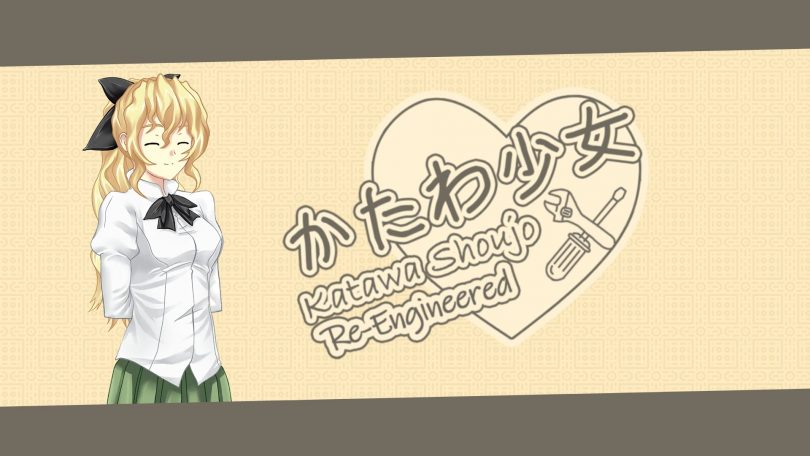 Note: This interview was conducted on November 4, 2022 after Fleeting Heartbeat Studios reached out to Fuwanovel to announce the release of its project.

On November 5, 2022, it was announced on Reddit that the license surrounding Katawa Shoujo has finally been updated to greenlight projects like Katawa Shoujo: Re-Engineered on two conditions. Any fan remasters or mods must 1) retain the credits and 2) be free of charge. Because the interview was conducted prior to this announcement, the statements made by Fleeting Heartbeat Studios regarding 4 Leaf Studios’ attitude towards mods of Katawa Shoujo are outdated and should be disregarded henceforth.

CC: Any particular reason why? Or is it just as simple as “She’s cute and I like her”?

FHS: I appreciate [her] motivation to “get up and go.” Emi’s route teaches you to seize the initiative and keep moving forward, which has sort of been our motto from day one. The more time we spend getting hung up on little details, the more time we waste—and time is a surprisingly limited resource.

CC: Very insightful. Next: when did you first play/read Katawa Shoujo?

CC: I see. Do you recall what you thought of it after playing through it the first time?

FHS: Absolutely. I ended up on Emi’s route—as do most people—and I sat motionless in my chair after the credits rolled for a solid ten minutes. What struck me the most was just how plausible everything seemed. It was like I was handed a vision of what life could be like for someone in my position.

CC: Is anything different about your opinion/viewpoint now? Why or why not?

FHS: I still love it just as much as I did four years ago. Even so, it’s not the exact same type of love. The game hasn’t changed, but I have. I lost a bit of the “magic” once I started working on Katawa Shoujo: Re-Engineered, but in doing so I gained a whole new appreciation for the game. It’s amazing how many little things had to come together to make Katawa Shoujo possible.

CC: Indeed. What can you tell me about yourself and your team relative to the project?

FHS: We’re an international team of five full-time members and one consultant of sorts. We have members from the United States, Romania, Russia, and Hungary. We’re all university students of differing ages. Two members of the team have a serious disability, although for privacy reasons I won’t specify which two. All of us have had experience working with visual novels, and our “consultant” had prior experience with Katawa Shoujo specifically. None of us has any direct affiliation with the original developers, though. As for me, I’m a twenty-three-year-old American.

CC: Thanks for the information! What got you started on the project?

FHS: It started out with just two people and a random idea. One person asked, “How easy would it be to give Katawa Shoujo some kind of text-to-speech function?” Things kind of spiraled out of control pretty quickly from there.

CC: Sounds interesting! Is there something you feel the original is missing that Katawa Shoujo: Re-Engineered adds?

FHS: Accessibility. For a game about disabilities, Katawa Shoujo isn’t particularly disability-friendly. Mind you, that’s no fault of the developers. The game is over a decade old now, and a lot of things [that improve accessibility] just weren’t possible [before]. We’re not interested in trying to take credit for what 4 Leaf Studios created. We just want the game to better reach its audience. We had the time and the knowledge to make that happen.

CC: That makes sense. It’s also a wonderful idea. What’s been your favorite part of working on the project?

FHS: Oh, that’s easy—the team. The energy and motivation [they have] is really something else. I never expected to find one person willing to go along with this, let alone five. I think we’re all proud of what we’ve managed to accomplish.

CC: Great! Any part that’s been your least favorite?

FHS: All the ideas we had to leave behind in order to get this released before the universe implodes. Some things simply [couldn’t] be done with our scale and budget, [and] not for lack of trying.

CC: Understandable. What do you hope to achieve with Katawa Shoujo: Re-Engineered?

FHS: If just one person who normally wouldn’t have been able to experience Katawa Shoujo gets a chance because of what we’ve done? Everything will have been worth it. And who knows? Katawa Shoujo: Re-Engineered is a community project first and foremost. With any luck, someone out there will come up with an idea to widen the potential audience even further.

CC: That’s a good point, which brings me to my next question. Have you thought about contacting the people behind Katawa Shoujo to negotiate a collaborative effort?

FHS: That’s where things get complicated. Put simply, 4 Leaf Studios doesn’t exist anymore. There are a few of the original developers [still] floating around, but the organization itself is long gone. It’s worth pointing out that we’re not the first team to work on something to this effect. I can name at least three unofficial “HD patches” off the top of my head. The remaining 4LS members don’t take kindly to those sorts of projects. We’d rather focus our time and effort on making Katawa Shoujo: Re-Engineered exactly what it’s meant to be: accessible to all.

CC: That’s understandable. Would you be interested in contacting the people who translated Katawa Shoujo to ask for permission to use their work in Katawa Shoujo: Re-Engineered?

FHS: We’ve actually gone one step further. Katawa Shoujo: Re-Engineered is built from the ground up to make translations simple and time-efficient. We’ve packaged the game with some of the official translations, with the rest coming shortly. [Because we’ve] eliminated the biggest barrier to translation—programming knowledge—fan translators should have a much simpler time working with Katawa Shoujo: Re-Engineered. We hope that the game can reach an even larger audience that way.

CC: That sounds great. Will other people be able to create mods for the game?

FHS: Officially, 4 Leaf Studios forbids modding of any kind. By nature, Katawa Shoujo: Re-Engineered makes a modder’s job easier. That was unavoidable. Fleeting Heartbeat Studios neither condones nor forbids modding, since we don’t have the power to enforce [either stance] in the first place.

CC: That makes sense. How will you handle testing? Will you invite beta testers post-release?

FHS: Testing’s already done! We’re confident we’ve caught every issue, but Katawa Shoujo: Re-Engineered will receive constant updates if new problems are found. We have a place where players can report bugs for immediate squashing.

CC: Good to know! Only a few more questions. Did someone tell you about Fuwanovel? How did this interview come about?

FHS: A friend of the project knew Hata and offered to get us in touch.

CC: I see! What do you know about Fuwanovel’s history with the visual novel community? Is there a reason why you chose to reach out to Fuwanovel instead of another big name?

FHS: As I understand it, you’re trying to get back into the visual novel scene after a long hiatus. Reaching out to you seemed like the natural choice [since we’re] two [groups] trying to breathe some new life into old communities.

CC: That’s true. Now, if you can, give us the elevator pitch for Katawa Shoujo: Re-Engineered.

FHS: Katawa Shoujo is a touching story about living with disabilities, but it might be tough for people with disabilities to experience. Katawa Shoujo: Re-Engineered brings the beloved visual novel to a whole new audience [with] modern accessibility features and cross-platform compatibility. Whether you’re a returning fan or a first-time player, Katawa Shoujo: Re-Engineered [provides] options that are only possible with today’s technology. Come on in! Yamaku Academy is waiting.

CC: That’s great! Thank you! When can we expect a release?

CC: Wow! Thanks for reaching out to us! We hope Katawa Shoujo: Re-Engineered does well!

FHS: Thanks for having me! 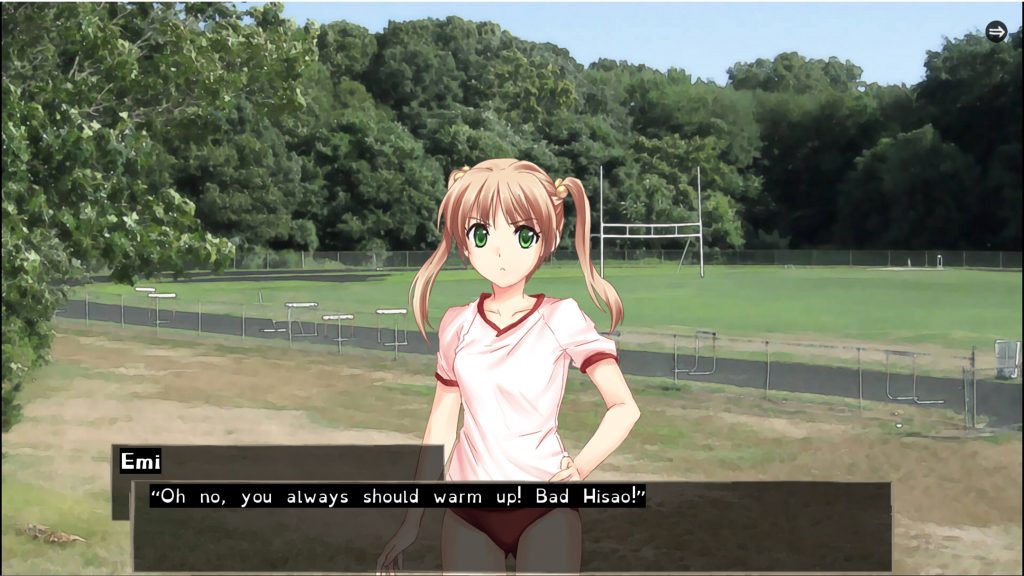 Charlotte Cavatica is a new editor and writer who recently joined the Fuwanovel team. She is thirty-three years old and has been passionate about visual novels since she discovered Katawa Shoujo back in 2012. When she’s not writing or editing something, she goes horseback riding, watches anime, and plays video games.