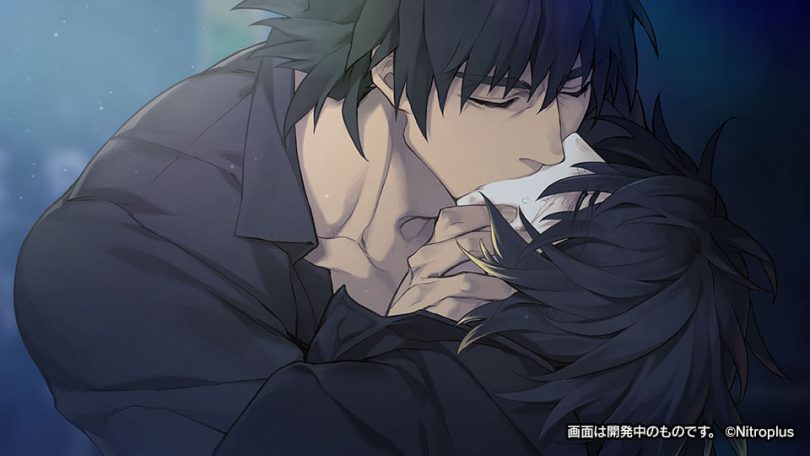 Welcome to the Fuwanovel VNTS, where we shamelessly copy the work of one illustrious 4chan /jp/ member in collating translation progress and add minor dabs of value through corrections and additions. Entries with updates this week in bold. This week’s VNTS is late because I spent the evening hours yesterday obsessively attempting to fix bugs when trying to get sekai’s ponscripter fork (which has a comically long compile time, at least on windows…) to run a build of Shinimasu. Spoiler alert: ponscripter is kinda shit and I probably will be unable to fix the many bugs and maybe onscripter-en or onscripter-jp with some compile option is the better target. But it has easily implemented italics and em dashes… it looks so good… sigh.

This week’s image is from a prerelease sample of Slow Damage, since at least JAST seems to mostly be okay in comparison to all the other companies and hey the pictures are cool.

So ryuusei world actor is published by ShiraVN which usually credits their translators, but they can’t credit them individually in this case. Generally this is bad: translators can’t prove their work credit on a title as easily, so it’s bad for them (if you don’t want to be credited, you can still ask for that, of course). Consumers can’t spot translators to avoid or prefer (admittedly a high nerd level move), and they can’t see how many translators worked on something (more is generally worse). There is arguably some benefit to the company doing the localization, as you can’t snipe good loc staff — though considering Ryuusei seems to have been partly done by an agency, the main utility is probably obscuring just how many people worked on the project.

Translation agencies tend to have a terrible reputation for a reason: all too often they will split a script in many pieces, not facilitate any communication with other translators, and just generally turn out a turd. From what I remember, Cross Channel’s third and possibly worst (as improbable as that may seem, with them all so bad!) translation was done in similar circumstances. Now where does ShiraVN stand in this? Well, they didn’t choose themselves to not credit the translators (individually), but they did hire people who would not — which was something they (or some superior at DMM or whatever) definitely could have avoided (or pushed for in the contract). There is some blame to be had for them, and I hope they don’t do it again. I have no real other comments about ryuusei because as far as I know its current incompleteness renders it a kusoge in any case and not worth me thinking about.

MAMIYA is a conju/steiner tl with gare editing. I’m not particularly happy to see Gare in the editing credits again given how phoned in/bad seabed was. I guess the actual vn looks cool tho, which is I guess the fruitbat bonus point. I anticipate yet another meh quality release from fruitbat… sigh. This one did have a vaguely fun thing where the trailer link from youtube posted to discord would randomly bug and show a shot from the actual video, which had lyrics onscreen that you could easily trace to what game it actually was with some intermediate Japanese knowledge. RIP surprise.

Since I’m already shitting on every company in sight, Aksys announced 3 new otome licenses. Cool, and I think I’ve read reviews that made variable barricade at least look interesting. With that said, Aksys releases are not known for their quality, except maybe in the otome niche where they “compete” with MTL all too often. And they haven’t really learnt anything; this picture apparently existed in 2011: 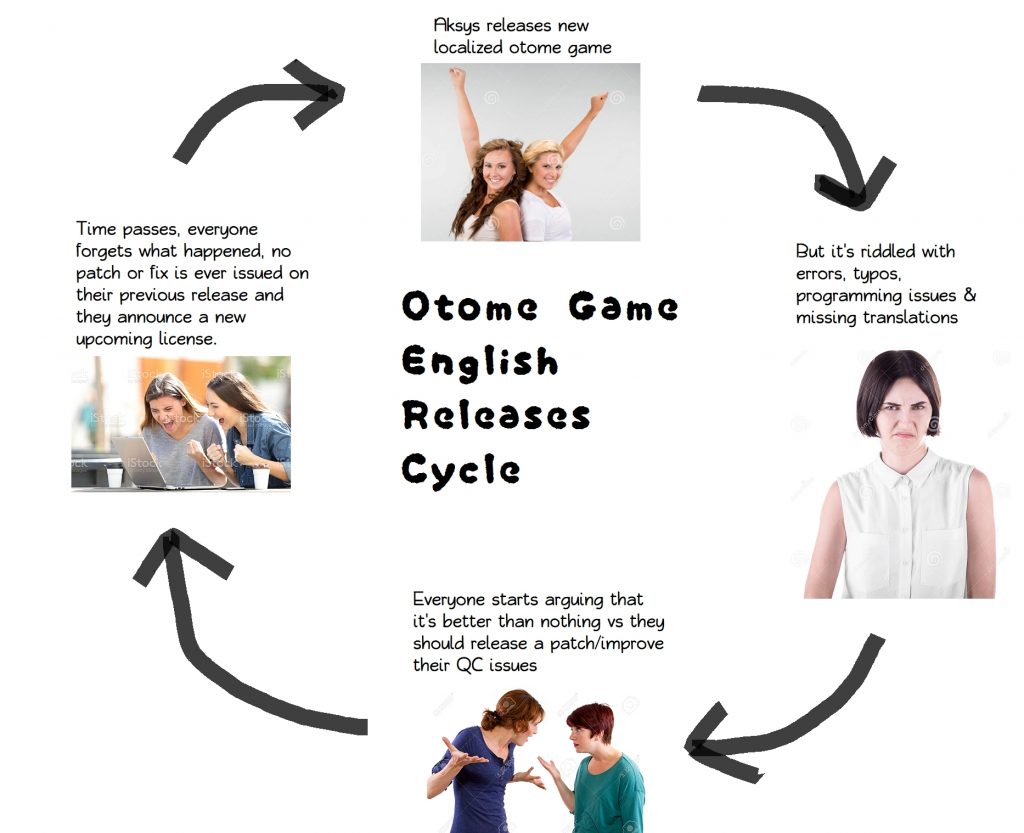 I understand part of this is working with partners that demand crazy deadlines, but sometimes you have to push back in negotiations too, and you have to wonder if that is at all an Aksys priority when the issue has been systemic for so long. I mean, they also apparently hire ESLs to translate badly and literally (by instruction!) to then have editors punch it up, for whatever reaason. That’s not particularly great either.

It’s really kind of sad. Oh well, this is one of the reasons I learned Japanese… have a good one, everybody.」