Editor’s Note: Today we have an introduction by Barzini to Purrfectly Ever After, an OELVN otome game by Weeev (a new dev) which needs your support (KS) (Greenlight)! We’ll have an interview coming out later this week to give you more information about the game, so stay tuned! – Tay

Purrfectly Ever After is an original English language visual novel (OELVN) for girls. This dating sim is filled with side-splitting comedy, over-the-top drama, and of course, heart-melting romance. This first game from Weeev aims to bridge the gap between Japanese-centric otome games told in a not-so-Japanese point of view and storyline. 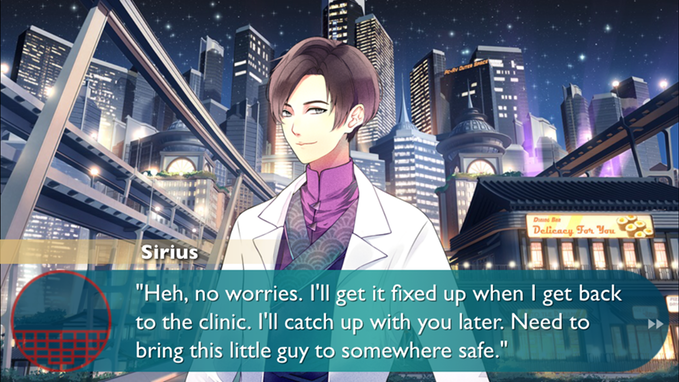 Purrfectly Ever After focuses on a food-loving burglar cat who gets herself into a series of unfortunate events which ended up feeling sorry for herself. Luckily for her, she also encounters kind strangers who rescue her along the way. She wished that she could become a human so that she could earn food honestly. Her wish is overheard by a fairy godfather she didn’t even know she had. And so begins her story.

Unsure if you want to back this game on Kickstarter?
Demo is available on iOS platforms right now.