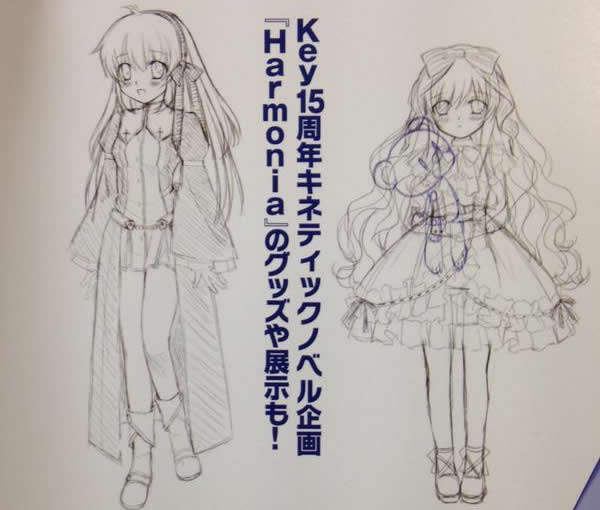 In the recent issue of Dengeki G’s magazine, it was announced that Key will be working on a new Kinetic VN called Harmonia. Thanks to our friends over at Kazamatsuri.org, we know a few of the details regarding this upcoming VN.

Harmonia is about humans living together in a destroyed world alongside artificial humans with false implanted memories called Firoids. The main character is a Firoid who goes on a journey and comes across two girls, named Shiona and Teepee. Shiona is a girl who is described as “A kind girl who smiles indiscriminately at other people. She offers her help to the protagonist.”

Teepee on the other hand is “A girl all alone, crying in the depths of the library.” Not much else is known about this VN, but Key promises more info in the February issue of  Dengeki G’s. Kazamatsuri also reports that an exhibit for the VN will be at Akiba Base!!, an event being held in mid April of 2015.