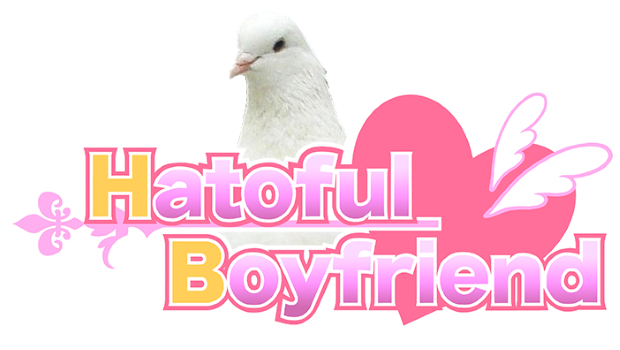 The summer of dove is finally upon us with the official release of the remake of the decidedly different visual novel Hatoful Boyfriend, which is out now and can be grabbed for as little as 9.99 dollars on services such as GOG, Steam and Humble Bundle. For the hardcore Hato-heads there’s also the Summer Of Dove Collector’s Edition for 14.99 dollars, which includes the original PC game as well as a digital soundtrack, an exclusive digital comic from creator Hato Moa, exclusive wallpapers of Oko-san and the St. Pigeonations Yearbook (Class of 2014).

Congratulations! You’ve been accepted as the only human student at the prestigious St. PigeoNation’s Institute, a school for talented birds! Roam the halls and find love in between classes as a sophomore student at the world’s greatest pigeon high school.

Please Note: No birds were hurt in the making of Hatoful Boyfriend. In fact, many found love.

[Zaka: I’ve heard some interesting things about this VN myself (probably partly through TVTropes, so grains of salt advised.) First of all, to clarify the protagonist of the novel is female. Secondly, apparently there’s this path called the bad boys’ love ending. From what I read it was pretty dark, and had some seriously gory moments – though I’m not sure how much of the gore is shown graphically.]

The first seeds of Hatoful Boyfriend were sown back in 2011 where it popped up as a joke Flash game on the first of April. Later that same year it was turned into a full-fledged release for the PC, and the following year, it got an English fan translation. The fan translation got the attention of not only the press but also Moa Hato herself, leading to her offering the fan translator the chance to officially handle the English release. The fandisc, Hatoful Boyfriend HolidayStar, released near the end of 2011 in Japan and near the end of 2012 in English.

The 2014 remake, which is based upon the 2012 translation, brings about not only enhanced graphics but among other things also a new scenario. Check out the launch trailer for Hatoful Boyfriend below.