Sorry for being late on this everyone. You’ve probably already heard of it but Amaterasu has released the 2nd partial patch for Comyu. This patch covers a lot more story than the previous Benio patch release, translating  the common route as well as Benio, Hisoka, Mayuki and Ayaya’s routes. There is only one route left to be translated (Kagome’s) according to the team so it’s not unreasonable that we might get the final release this year still.

The patch also includes an option to disable h-content so any user who dislikes these may still enjoy the novel. 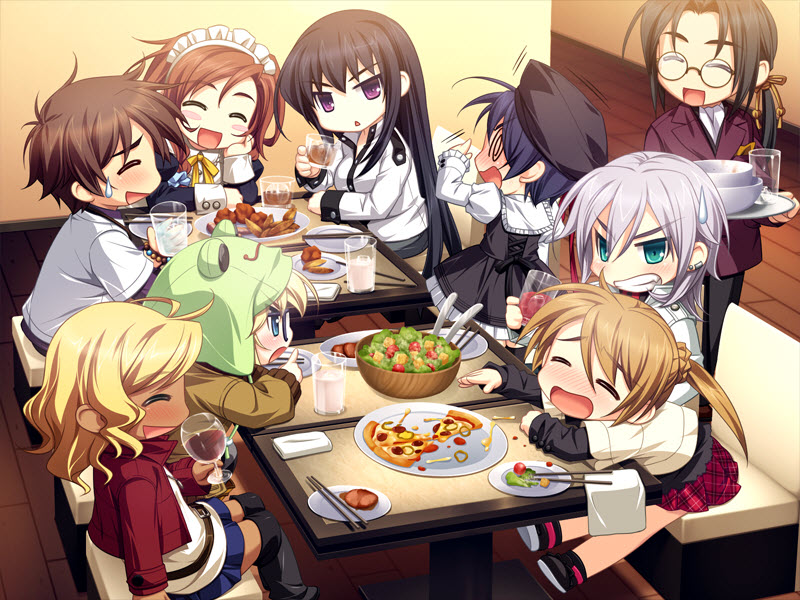 There is a legend of a mysterious girl called “Girl A” who appears in the city and sings all night. One night, Akihito meets four boys and girls as if led by the Girl A….

There is no friendship nor trust between them, but they can control a huge iron monster as they like by combining their power. Since the day they get the power, their extraordinary life starts….

Akihito later knows that they will need to pay a price for the power. When the monster dies, their community will also disappear….

They decide to head for another world called Communet with a help of Kagome, a black witch…

One of the reasons I was late on blogging this is because I was also waiting for the newest release to be uploaded to Fuwanovel and I’m happy to say it finally was. You can get Comyu prepatched with the newest version here. As usual I’d like to ask to help seed as much as possible as it’s always appreciated.

If you already have a copy of Comyu or the oldest Comyu patch you can still install the newest one. You can download the latest patch from Amaterasu’s download page. Instructions on how to install can be found here. From what I heard the newest patch overwrites the old one so you don’t have to worry about getting a fresh copy of the novel.

Credits to the translation team (thank you guys!):

Go give them feedback and encourage them for the next release. You can visit the official team’s page for future updates. We hope you enjoy this newest release which despite being partial still covers more than half of the story so it is very worth checking out. 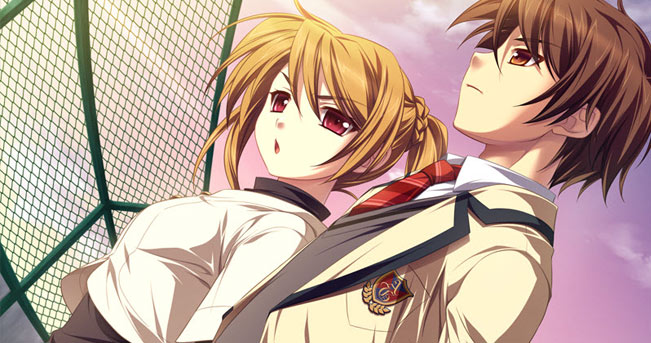 I’d also like to leave a quick update on some other patches. I/O prepatched is currently in testing phase but it is of high priority and we will try to upload it whenever we are sure it fully functions. The prepatch for Koi to Senkyo to Chocolate is also on the to do list and I know some of you really wanted to see it so don’t fret because it will be done whenever possible. We also are planning to add all the partial releases we are missing. Every partial release can be found in the Upcoming section of Fuwanovel (you can use the Partially Patched button to filer results). I hope this is good news for all of you wondering about these patches. As usual I will blog a about them once they’re released so keep an eye open for future posts.