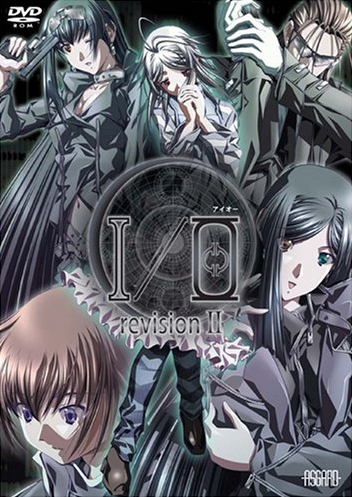 Yo, Zakamutt here. I’m very pleased to announce the release of our pre-patched version of I/O Revision II!

I’d been fairly excited about the I/O translation project project prior to Lemnisca Translations’ release, and while I’m still in the process of reading it (up to mid-late route E at the moment), I really like what I’ve seen so far.

I/O is a sci-fi mystery VN; it oozes with mind screw and is spiced with quite a few action scenes.   Now when I say it oozes with mind screw, I mean it. I’m not afraid though; Takumi Nakazawa, the director and one of the scenario writers for I/O, was also one of the two writers working on Ever17 – and that wrapped up pretty well. Another name you might recognize is Romeo Tanaka, probably most known in the west for writing Cross Channel. He contributed to the “Original Work Draft”, apparently.

A total lunar eclipse occurs for the first time in 3 years. Even though it’s supposed to be a simple astronomical phenomenon, it soon sets off a series of unexpected events. Unexplainable mysteries, terrorist incidents, and network crime surge as if in unison. The truth mixes with lies, as if the world is awake but still sleeping.

Something has begun. Somewhere no one can see. Something no one knows about. This is a story of the chance meeting and tragic parting of the young men and women living in this world. Players get to play the game from 4 different points of view:

Route A – Hinata, a youth who has lost his sister and himself.

Route B – Ishtar, a freelance programmer and leader of a hacker team.

Route C – Ishtar, but seems a bit different from the Ishtar in Route B…

Route D – He, a man completely shrouded in mystery.

Many thanks to everyone who helped out in testing the release. There are a few known bugs listed (for example, if you’re using Windows XP there’s apparently an unfixable bug) for the translation patch, so beware! I strongly recommend reading routes A and B before routes C and D.

The translation patch used for this release is 1.01, which is currently the latest available patch.