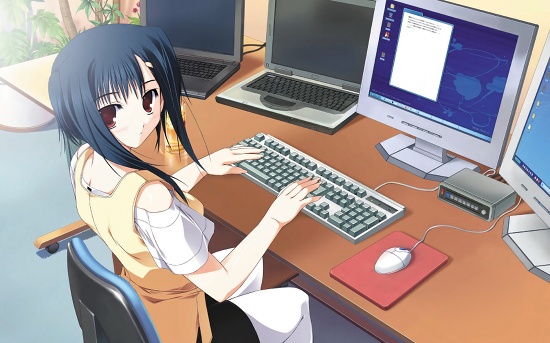 Reblogging Clephas’ post on the forums since it’s an unusual idea that’s probably condemned by most groups. He was looking for members for Ikusa Megami Zero but then got swept away by real life work. The project itself I hear is still going.

Clephas: Balancing fantranslation with the demands of real life is not always possible, a fact that had never occurred to me before the beginning of summer. Before this, whenever I got involved with a translation, I was able to make time to do my part. However, due to the conditions I’m currently working under, it is not practically possible for me to fantranslate.

This is not a particularly unique experience, from what I’ve seen. Lots of those involved with fantranslations eventually have to make the choice between real life and their work as fantranslators. The model I put up for working a fantranslation, where the project is designed to render any single individual as a replaceable part, was my logical recognition of this reality. The unfortunate part is that I didn’t realize that real life could come up behind me with a lead pipe so quickly.

I’m glad that it seems the others are continuing the project without me, but as always I can’t help but feel guilty that I don’t have the time or means to help at present. After all, I am the one that proposed the project in the first place. At the same time, the most vital member for maintaining a project – the project leader – went absent almost from the beginning, a fact that left me somewhat at a loss, since replacing a project leader is supposed to be that leader’s job (by picking a replacement before or as he has to distance himself from the project). Unlike a translator, an editor, or even a tlc, a project leader requires someone with decent organizational skills who is willing to NOT get hands-on with the project itself. In other words, his job isn’t to be a quality control freak but to keep the members motivated and keep recruiting new people in to help with the project, even if there doesn’t seem to be an immediate need for them at a given moment. In addition, his job is to assign parts for each member – what scripts for an individual tl or editor is to work on and the like. Currently Rus is working that role in a sort of de-facto state, but considering that he has a rl job and is moonlighting with several projects under his normal role as a hacker, having him in that role departs greatly from the original purpose of having a dedicated project leader with no other role but being the project leader.

In other words, people should take the current state of the project as a lesson about how vital it is to be able to replace any single member, no matter what his skill-set is. Fantranslator work lifespans are not generally long, and it isn’t unusual for one to last less than six months before real life or general frustration causes him to quit. For that reason, a warning to those who take on the role of project leader – you are key to the running of the project but you should be able to replace yourself and make the effort to do so. If you don’t have the motivation to continue in your role, find someone who can. The continuance of the project itself should be more important than any single individual member.

I know it’s really helpful for the TL to just be able to offload everything to someone else and focus only on translations. Although I wouldn’t go so far as to say the leader should do nothing. They can still do edits or hack or TLC. I can see what he means though.

This is the model I proposed:
Project Leader: Is a member not involved with any other step of the process. Primary jobs are recruitment, keeping track of his members RL situation (in general), making decisions about what parts to assign what people, finding own replacement. Must have at least basic organizational skills and good communication skills (in other words, be able to talk to your fellow members without being annoying and keep them motivated). Preferred number is one, as projects with more than one leader are committees, and nothing gets done in a committee.

Raw translator- Basic job is simple, to translate basic Japanese into essentially corresponding English (or whatever other language they are translating to). Requires solid grammar (a weak vocab can be made up for with access to a dictionary but weak grammar is fatal to translation efforts). Preferred number (varies on game) but at least three. Five or six if you have a project the size of Grisaia or larger.

Editor- Transform the inevitably flawed translated text to real english that doesn’t sound awkward inside a person’s head as they read. If you can manage this while retaining the meaning of what the translator put down, then you’ve done your job. Preferred number is two, but there should be roughly two for every three translators.

Translation Checker- Fix any translation mistakes without ruining the editor’s work (including those caused by the editor’s work). Requires translation skills in excess of those possessed by raw translators, must have english skills at least on par with editor. Ideally, same number as editors, but in practical terms the necessary skill-set for an effective translation checker is so rare that most projects will have to settle for one or two.

Hacker- Required personnel to extract text files, organize them, then use them to create a translated patch. Preferred number is one… obviously.

Basic process is hacker(extraction)>translator>editor>translation checker>hacker (patch). Ideally someone should do a few test runs of the patched game to make sure it isn’t bugged beyond salvation. Never put editor after tlc.

And I know that on one translator projects, they can get very territorial and find it hard to let go and have someone else take over even if they are unable to work on it anymore.