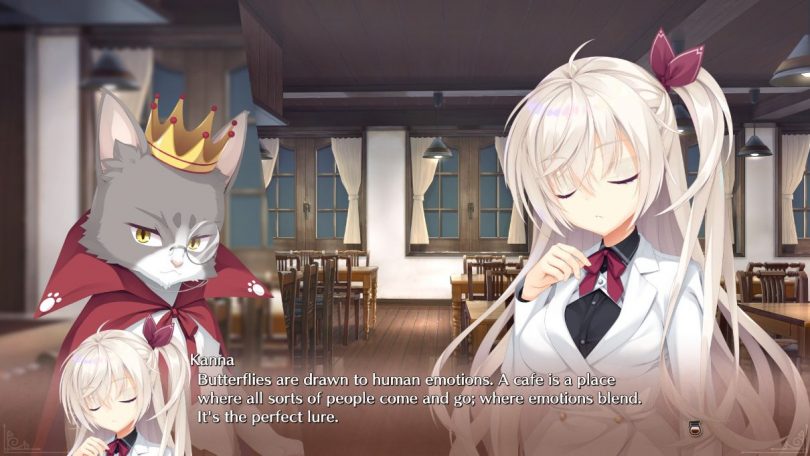 Cafes seem to be a frequent setting in visual novels. Yuzusoft is no different, with titles such as Senren*Banka and Parquet having heroines who work as café waitresses. They’ve decided to go all-in on this theme with Café Stella and the Reaper’s Butterflies, which bills itself as a paranormal romance, but features more sachertorte than supernatural.

While the setting is more often the café than elsewhere, the setup is certainly more unique. Kousei Takamine seems like an ordinary college student until he dies in an accident. Then he wakes up as if nothing had happened – he rewound time.

He soon meets Kanna, a death goddess, and Mikado a cat sidhe. They tell him that soul remnants float around in the form of butterflies and he can absorb them. This is what gave him the power to rewind time. But this power causes a threat to the world – it can rewrite reality and God has forbidden people with the power from being born. He may choose to eliminate souls with the power from existence completely, so Kousei is still at risk.

The butterflies are from souls that never achieved