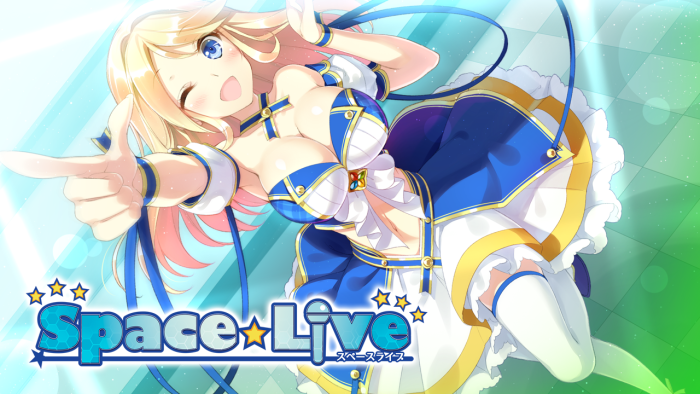 Japanese developer Circus attempts to cash in on the foreign market with this English-first release that copies Winged Cloud’s money-making formula. Unfortunately, while the writing is of a higher quality, this short VN has a similarly flimsy story, boring cardboard characters, and lack of anything to get invested in.

Space Live is a visual novel created by developer Circus (the developer behind the popular Da Capo series, also localized by Mangagamer) specifically for the Western market, and released in English before Japanese. It clearly aims to recreate the success of Winged Cloud’s games, with a short playtime, light story, big-busted heroines, and plenty of anime clichés.

The premise is a silly one. In the future, idols representing web browsers