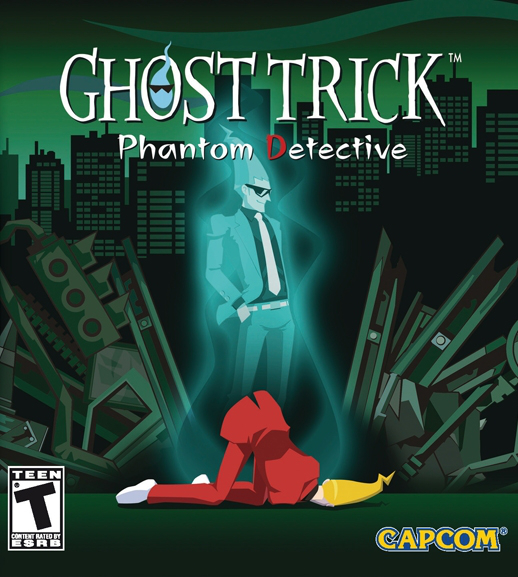 Okay, so this game was pretty cool. After being disappointed by pretty much every Ace Attorney title released following Shu Takumi’s departure from the main series (except for SoJ which I have yet to play and therefore have no opinion of), I really needed a mystery game that wouldn’t bore me to tears, one that would actually offer an interesting, engaging storyline, alongside a cast of likable characters. And Ghost Trick more or less delivered just that.

If you’re wondering why I’m talking about the Ace Attorney series, it’s simple: Ghost Trick was written and directed by Shu Takumi, the guy responsible for the original Ace Attorney trilogy (the first one, Justice for All, and Trials and Tribulations), as well as Apollo Justice before he departed from the main series and went on to work on other things. One of those things was Ghost Trick: Phantom Detective.

The game, interestingly enough, starts with your death: you wake up as a spirit with no recollection of who you are. Then there’s