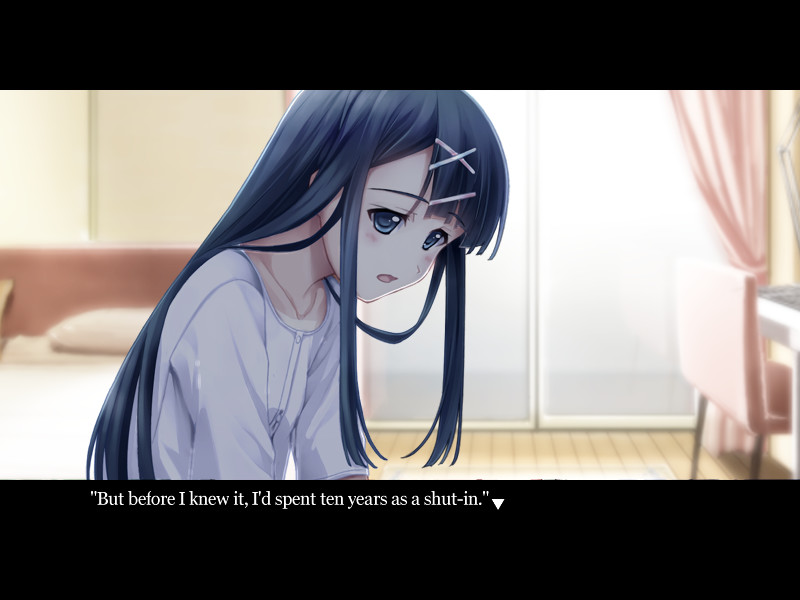 The events of Sumire occur four to five years after Narcissu 2 and take place one to two years before Narcissu on the timeline. A girl named Sumire, a shut-in since middle school and a gamer, falls ill and is sent to the 7th floor hospice. Coming to grips with her terminal illness, she is filled with regret as she realizes that she never truly lived her life to the fullest and will leave the world with no significant mark or memories. In her loneliness and despair, Sumire wonders where she went wrong as she struggles with her past of being reclusive to her family members and peers. It is on the 7th floor that she meets Akari, a