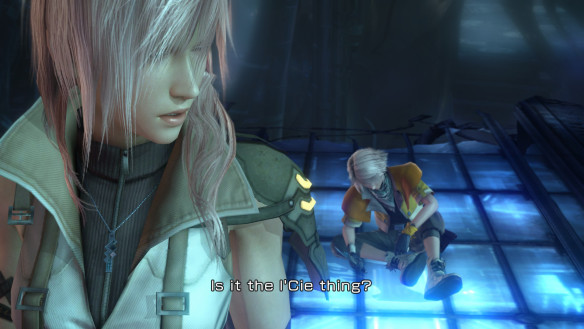 So this is one game I’ve always been meaning to finish myself just to see if all the things fans have been saying about it were true, and after a solid 47 hours of play time, I can now say that I did just that. And I have my answer, too. But let’s not spoil the fun in advance by revealing what I ultimately thought about the game in my introduction — and besides, some of you (yes, you) are going to scroll to the bottom anyway just to see my concluding thoughts. I can’t stop you, nor do I wish to. I’m not your mother, you lovable little rapscallion. Anyway, uh… without further ado, let’s jump right in, because I feel this is going to be one long review. Here are my thoughts on Square Enix’s fairly controversial 2009 entry in the Final Fantasy franchise.

Whenever a discussion starts about FF13, you’ll see the same criticisms leveled at it — that is, a painfully linear main campaign (some affectionately, or not-so-affectionately call the game Hallway Fantasy 13) that mostly just consists of running down straight corridors and only opens up very briefly in a late-game chapter, but when it does,