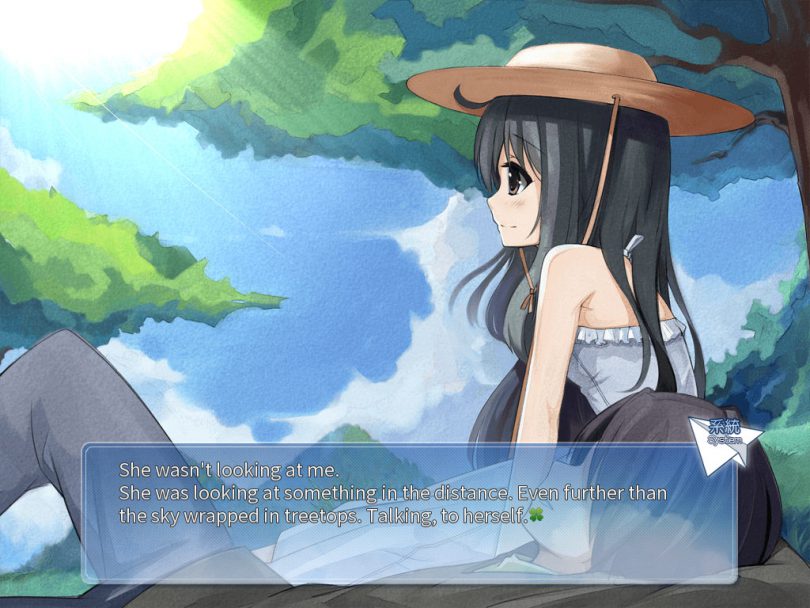 Summer: Message on the Paper Plane is the very first chapter in the new four-part visual novel series titled Season of 12 Colors. As many might have guessed each of the four chapters of the series will be named with a season. Season of 12 Colors: Summer is both heartwarming and tragic in similar ways to other great visual novels such as Ame no Marginal and Narcissu. The base game which only includes Summer was published to Steam by NVLMaker on March 2016. The other 3 chapters will be released at a later date as DLC for those who purchased the base game. The base game Summer takes about an hour to complete but includes Steam cards and Steam Achievements one of which is for the true ending.

Season of 12 Colors: Summer begins when a young man returns to a place from his early childhood. It had been years since he last stayed with his relatives during summer and he has forgotten many things including the tragedies that happened there. Many of the memories that remain are vague but the one thing he greatly remembers is a young girl named Jasmine. He and…