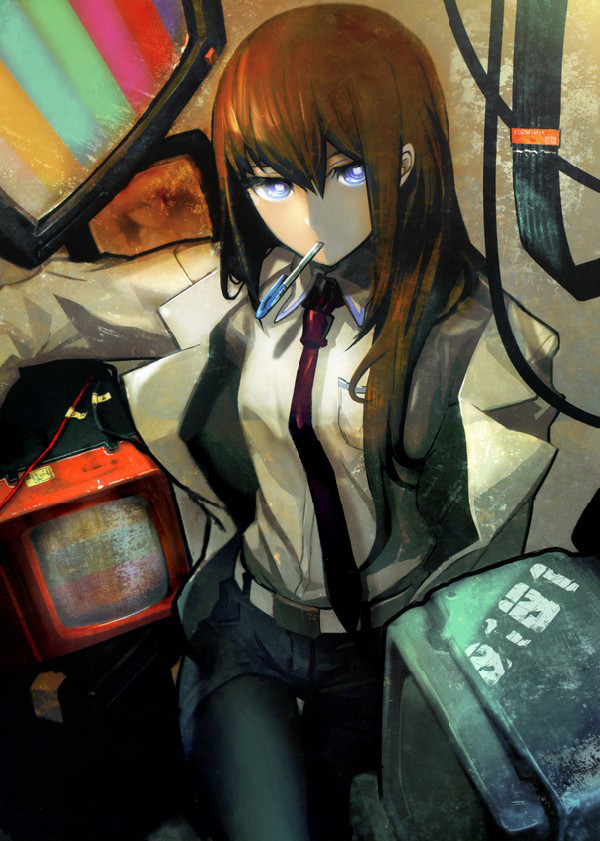 Makise Kurisu, the other half of the maid scientists duo. She immediately caught my attention the first time I watched the anime. Her tsundere-ism definitely has something to do with it, but there’s also the fact that she’s just a wonderfully written character.

Despite being at the young age of 18, Kurisu had accomplished many things which is something envied by her peers. As a result, she built a strong front to hide her weaknesses-always calm and composed with a stern expression. One thing I like about Kurisu is that her tsundere characterization doesn’t feel forceful, but completely natural. She doesn’t always use reused and trope-y lines stereotypical tsundere used, but even if she does, it feels natural and flows along with the conversation.

Speaking of conversation, I had always enjoy a great deal out of her banters with main character and fellow mad scientist, Hououin Kyouma Okabe Rintarou. These two characters had so much chemistry on screen it’s just damn fun to watch them, but one reason why was mainly because they also serve as good foils. Personally speaking, to develop good foils, one need to have both similarities and…